dvsn Makes ‘Friends’ With BloodPop & Justin Bieber For A Remix 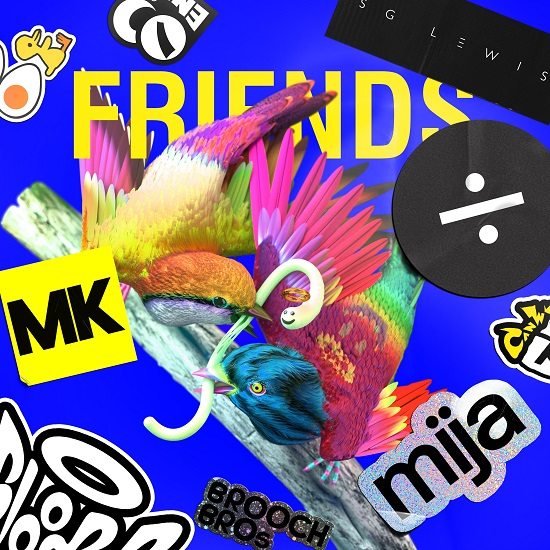 Admittedly, most things Justin Bieber aren't our cup of chai, so you'll have to forgive us for missing his chart-smashing collaboration with producer BloodPop® "Friends." The song, which peaked at No. 20 on the Hot 100, was another hit collaboration for the pair (as well as the song's featured vocalist Julia Michaels) after they came together for the Biebs' runaway smash "Sorry." So why is the song on our radar now? Well, a set of remixes of the track was just released — including a particularly R&B-inspired take on the song from OVO Sound's own dvsn.

The original track, of course, is a dance-pop confection filled with glossy synths and a dance-floor-ready sound. In other words, not something you'd expect the moody fellas of dvsn to hop on. Don't worry, though, as Nineteen85 and Daniel Daley wrap the track in their own unique aesthetic. They employ some synth work of their own, creating a moody R&B groove and adding just a bit of hip-hop bump to keep things interesting. Justin, who's no stranger to adding R&B into his mix, sounds just fine on the reworked beat, although the changeup in the groove does cast the emotion behind his lead verse in a completely different light. The biggest change though is a new second verse from Daniel, which weaves even more heartbreak into the song's narrative as he wonders why he and his ex are no longer on good terms.

dvsn's take on the track isn't the only reinvention of the song available, as remixes were also commissioned from MK, Brooch Bros, Mija and our man SG Lewis (who cooks up an irresistibly soulful groove that'll have you two-stepping in the club). Check them all out below.