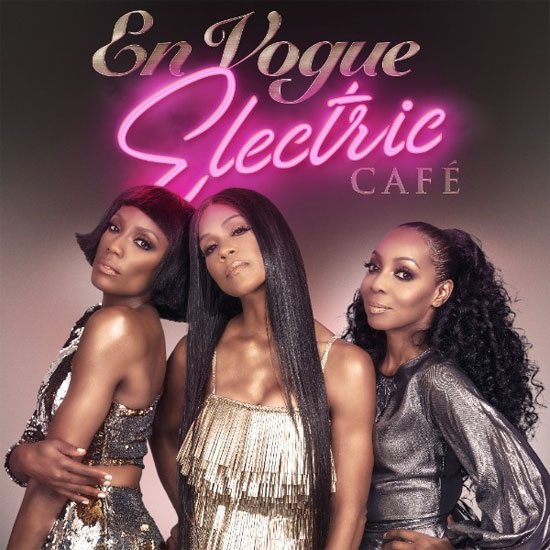 The funky divas of En Vogue will soon drop their long-awaited and highly-anticipated new album, Electric Café. The tantalizing trio has been teasing and tempting us with new music since 2016 when they dropped the project's first single "Déjà vu." Since that time they've kept us fed on a steady diet of tracks, including singles "I'm Good," the Snoop Dogg-featuring "Have A Seat" and most recently the Ne-Yo-penned "Rocket" with its stunning music video. From what we've heard and seen thus far, Cindy Heron-Braggs, Terry Ellis and Rhona Bennett are coming strong on their first album in 14 years, and they're giving us more to sink our teeth into with the unveiling of the album cover and complete tracklist.

For the Electric Cafe cover art, Rhona, Cindy and Terry keep it classy and cute. They are dressed to the nines in metallic gowns, and their faces are beat to the gods while they stand side-by-side under the illuminated album title. The tracklist displays 11 songs in total, including the four previously released singles. Those tracks already have us open, and they certainly have our interest piqued with song titles such as "Reach 4 Me," "Love The Way" and "Oceans Deep." Production duties on the album are shared between their original producers Denzil Foster and Thomas McElroy, Raphael Saadiq, Dem Jointz and Curtis "Sauce" Wilson.

Excited yet? You should be. Thankfully we don't have too much longer to wait for En Vogue to serve up piping hot R&B and soul on Electric Café. The album will be released on March 30th via eOne Music and is available for pre-order right now on iTunes,