Khalid & Normani Want To Know Where Your ‘Love Lies’ 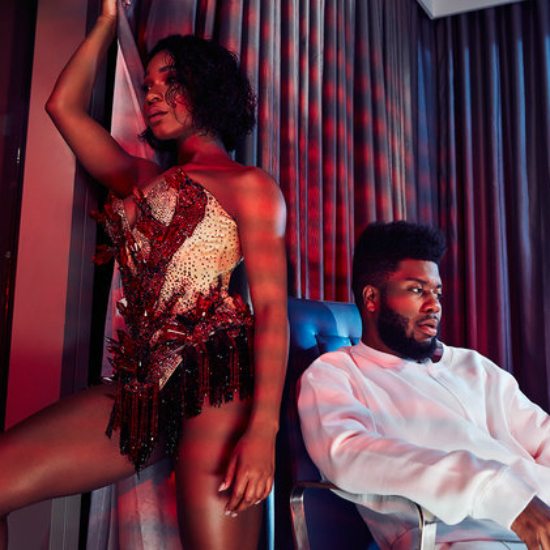 Singers Khalid and Fifth Harmony’s Normani Kordei have collaborated on a song for the Love, Simon soundtrack and become more than friends in the process. We first got a glimpse of the chemistry between the two in Khalid’s last-day-of-school-inspired video for “Young, Dumb & Broke” where they were voted Prom King and Queen. Now we get to see the two move beyond that puppy love moment to be good and grown on “Love Lies.”

"Love Lies" is a very seductive slow jam. Produced by Bleachers’ Jack Antonoff, it's composed of a twangy guitar loop, finger snaps, synths and good dose of bass. The duet partners serenade each other, asking the object of their affection whether they’re truly down for a night of love making.

For the video, Khalid and Normani keep it PG-13, as we only get the taste of a brief tryst. Directed by Gerard Bush and Christopher Renz, the clip starts with Khalid sitting at the valet stand of a hotel. Like most people bored at their job he’s texting, asking Normani if she’s down. She replies, “Always.” He then proceeds to give us a smooth little two step. Normani soon arrives at the hotel in an old school limo. Khalid opens the door and our girl throws her hair back before gliding into the hotel. She performs a few 8 counts as she makes her way to her suite. There, she puts on a little show in some sexy lingerie in the window. Khalid, anxious for his shift to end, watches from the valet stand. The clip then ends with Khalid sending Normani a few emojis expressing his appreciation, along with the note, “Love, Khalid.” She responds in kind, “Love, Normani.”

“Love Lies” will appear on the soundtrack for the feature film Love, Simon, which stars Nick Robinson, Josh Duhamel, Alexandra Shipp and our girl Natasha Rothwell who plays scene-stealer Kelli on Insecure. The movie is a romantic comedy about a closeted gay teenager, based on the novel Simon vs. the Homo Sapiens. The film will hit theaters on March 16th, while this exquisite and unexpected slow jam has already hit our sexy time playlists. Press play and get into Khalid and Normani's sensual groove right now. 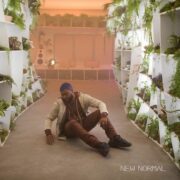