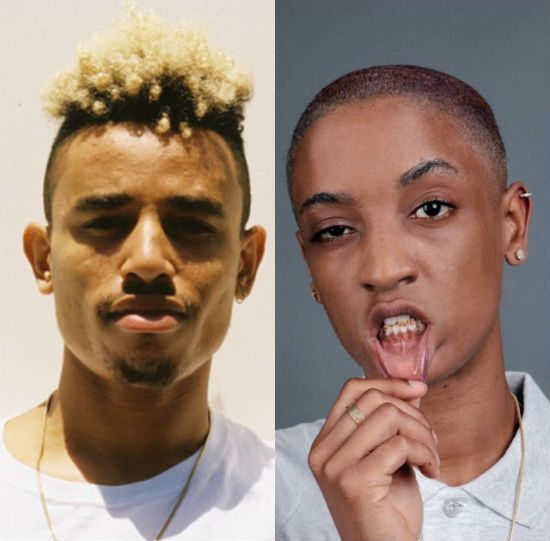 After gaining the attention of the masses last year with a feature on Playboi Carti’s debut mixtape and writing credit on Drake’s More Life, Leven Kali seems to be looking to stand in the spotlight. The Netherlands-born, Santa Monica-based singer/rapper recently dropped the single "Do U Wrong" that is sure to set the tone for a big year.

For “Do U Wrong” Kali collaborates with The Internet’s lead singer Syd, and the two take turns slick-talkin’ over a laid-back groove laced with plenty of West Coast swag. The song takes the term “spittin’ game” to a new level, as the two give the object of their affection a moment to decide if they prefer a drama-filled pursuit or fancy one bursting with romance. While Syd opens the song and provocatively lays out the possibilities, Kali is crystal clear with the options he’s offering as he sings, “Oh you can be the one, you can be the only / If you wanna be my girl or just the homie / I can give you love, I can play it cool for you / I can pick you up or send a pool for you.”

In addition to soliciting Syd’s soft and seductive vocals for the single, Kali got a bit of assistance on the writing front from singer Snoh Aalegra and partnered with producer/multi-instrumentalist Zack Sekoff, who we know from his work with Vince Staples and Thundercat. Surprisingly, the track almost didn’t see the light of day as he explains, “Me, Sekoff and Syd had a lot of fun making this. It's a long story but this song died, came back to life, and learned how to swim.” We’re certainly glad it did, as this jam is the perfect addition for our bae-list playlists.

Brush up on your game and give Leven Kali’s “Do U Wrong” featuring Syd a good listen. He’s set to perform at this year’s Bonnaroo Music & Arts Festival in Manchester, Tennessee and will release his full-length debut project on his label, Palm Studios, later this year. In the meantime, for more music and live show dates, visit Leven's website and keep up with him on Facebook, Twitter and Instagram.