Mya Sexes Things Up With ‘You Got Me’ 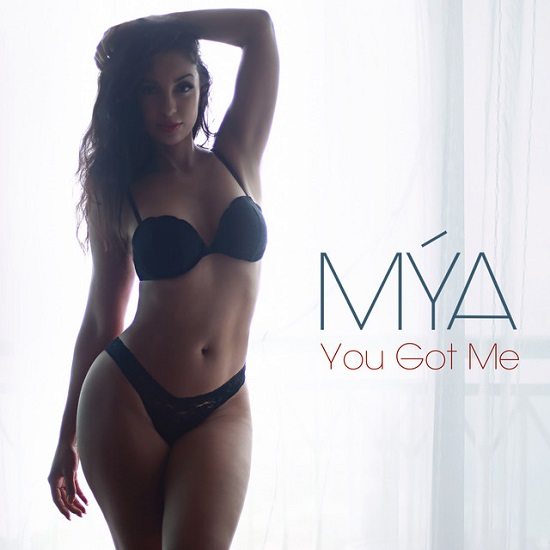 It's hard to believe, but this year marks the 20th anniversary of Mya's debut on the music scene. That's right, it's been two decades since the then-18-year-old strutted onto the scene with her single "It's All About Me" (and it's guffaw-worthy "up jumps my butt" line). Mya has, of course, had a storied career since that moment, including winning a GRAMMY for her "Lady Marmalade" collaboration and getting nominated in 2016 for her indie release Smoove Jones. To commemorate the moment and keep up with her habit of dropping new material on Valentine's Day, the singer gifted us with her sultry new single "You Got Me" last week.

Similar to "Ready For Whatever," Mya is in the mood for love and she has no problem expressing it. She drops some of her best breathy coos for the track as she aims at seducing and ultimately succeeds. “Look at the time / Where did it go? / I gotta get back on the road,” Mya sings. “Damn I know you hate it / But you know I gotta leave / But right before I leave / I’ma give you all you need.” Helping her deliver this message of seduction is producer MyGuyMars, who laces the bedroom banger with sensual synths, finger snaps and reverberating, ecstatic sighs that clearly paint a picture of a lovely-yet-raunchy good time. Based on this and "Ready For Whatever," we think Mya's gonna have sex on the brain for the majority of her upcoming studio album.

In addition to readying new music, Mya's also getting her acting on in the upcoming Urban Movie Channel series Fifth Ward. 20 years in and she's showing no signs of stopping anytime soon. Get into Mya's latest sexy single below, and keep your eyes peeled for more to come from her direction.


TAGS:  audio, mya, MyGuyMars
Previous: Tinashe Gets White Hot For ‘Faded Love’ Next: Get Closer To Sidibe With ‘Unreachable’