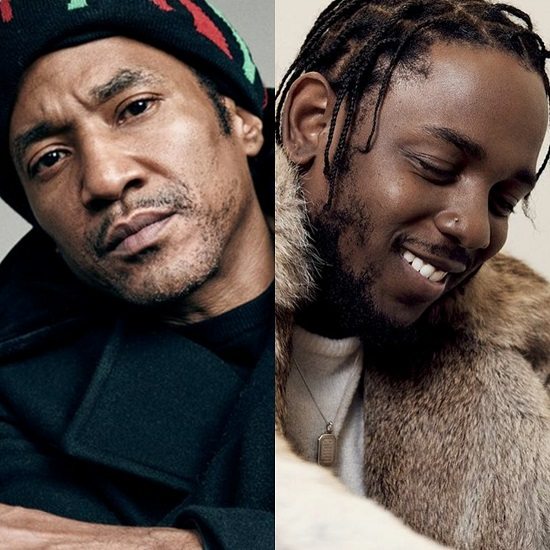 We all have lists of artists of the past and present that we would love to hear collaborate on a track. However, rarely do we ever get to experience that magic. That isn't the case when it comes to A Tribe Called Quest frontman Q-Tip and current rap top dog Kendrick Lamar. Five years after hinting at a possible collaboration between the two in a now-deleted tweet, Tip took to his Beats 1 show Abstract Radio to unearth a few lost gems, including his K. Dot collabo unofficially titled "Want U 2 Want."

The track features some hallmarks of Q-Tip's production aesthetic, including a jazzy looped piano sample set atop hip-hop-flavored drums and record scratches galore. Kendrick uses the soundscape to talk about matters of the libido, spitting game to a pretty young thing that's got him feeling in a Marvin Gaye type of mood. "I wanna see you fall through / Quick fast, without having to call you," he spits. From there, he describes exactly what he wants to do with her with thinly veiled metaphors and allusions to a day full of exploring the sexier side of things. Tip only pops up for a quick vamp, though he makes the most of his lyrical contribution with a brief recap of Kendrick's thoughts, rhyming, "She needs me / I need her / Downtown / Me first."

Q-Tip's surprise drop of the track only makes us wish we heard it sooner and hope that maybe, just maybe, we'll either get an officially released version or another full-fledged collabo between the two giants soon. Oh, and lest we forget, Tip also casually let go of another unexpected collaboration during the same show: a reprise of Elton John and KiKi Dee's classic duet "Don't Go Breaking My Heart" featuring him and pop songstress Demi Lovato. We'll let you make your own decision about that one when you check out both tracks below.