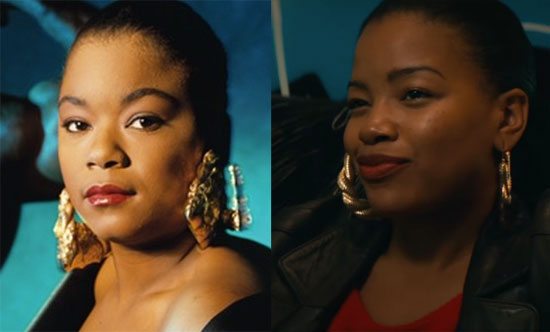 Long before Cardi B, Nicki Minaj or even Lil' Kim had ever uttered a rhyme, there was Roxanne Shanté. The Queens-bred rapper was one of hip-hop's first popular emcees, gaining notoriety in the mid-eighties for her battle with fellow rapper, The Real Roxanne. Now her story is coming to the small screen in the form of Roxanne Roxanne, a biopic that will premiere on Netflix next month.

The movie, which premiered at last year's Sundance Film Festival, stars actress Chanté Adams as Roxanne, Nia Long as her mother Peggy and Mahershala Ali as her older, abusive lover Cross. In the trailer, we get a brief look at the rapper's tense relationship with her mother before she eventually becomes a young mother herself, trapped in an abusive relationship. However, it is through the then-burgeoning hip-hop movement that she finds her escape.

Roxanne Roxanne was produced by Forest Whitaker's Significant Productions and Pharrell Williams' I Am Other, marking the third collaboration between the two companies (they previously teamed up to produce 2013's Fruitvale Station and 2015's Dope). Meanwhile, Shanté serves as one of the executive producers on the Michael Larnell-directed screenplay.

Peep the teaser trailer below ahead of its March 23rd premiere then head over to Netflix to add it to your watch list.