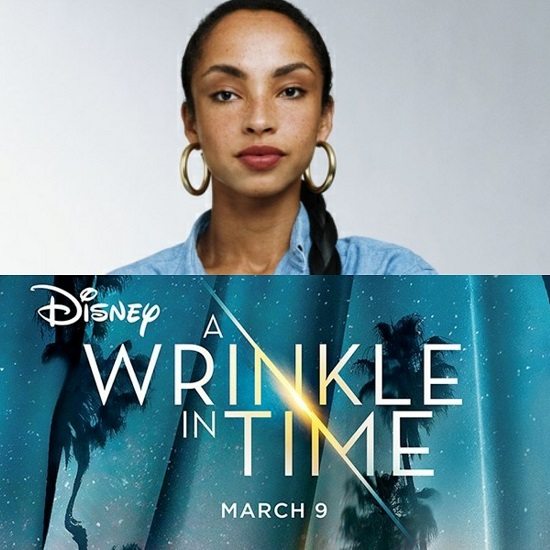 The release of Black Panther has come and gone (and shattered box office records in the process). But if you thought we were done having things to celebrate in the world of cinema, you have another thing coming. No, seriously, another highly anticipated property from Disney is set to arrive soon and bring with it another barrage of celebration and hoopla. That's right, Ava DuVernay's adaptation of the beloved novel A Wrinkle In Time — which stars Oprah Winfrey and Storm Reid — arrives next month. While we were already ready to line up and get our tickets for the film event, we now also have a reason to pick up the film's soundtrack. It will be home to the song "Flower Of The Universe," otherwise known as the first new Sade song in eight years!

In an announcement made yesterday, it was revealed that the film's score would be handled by Game Of Thrones and Westworld composer Ramin Djawadi. Alongside Djawadi's score, the film will also feature six original songs from the likes of Sia, Kehlani, DJ Khaled featuring Demi Lovato, Chloe x Halle, Freestyle Fellowship and, of course, the newness from Sade. In her excitement, DuVernay shared the news of Sade's contribution with her followers on Twitter. "I never thought she’d say yes, but asked anyway," the director wrote. "She was kind + giving. A goddess. We began a journey together that I’ll never forget. Proud to announce that Sade has created an original song for WRINKLE IN TIME. It’s entitled 'Flower of the Universe.' And it’s a dream come true." What makes the astounding news even better is that, in addition to the original version of the song, the soundtrack will also feature a No I.D. remix of the track. Dreams really do come true, indeed.

Like its film counterpart, the soundtrack for A Wrinkle In Time is set to arrive on March 9th. Though no one has heard the Sade track yet, you can hear a  preview of  Kehlani's "Let Me Live" and DJ Khaled and Demi Lovato's "I Believe" in the trailers below.