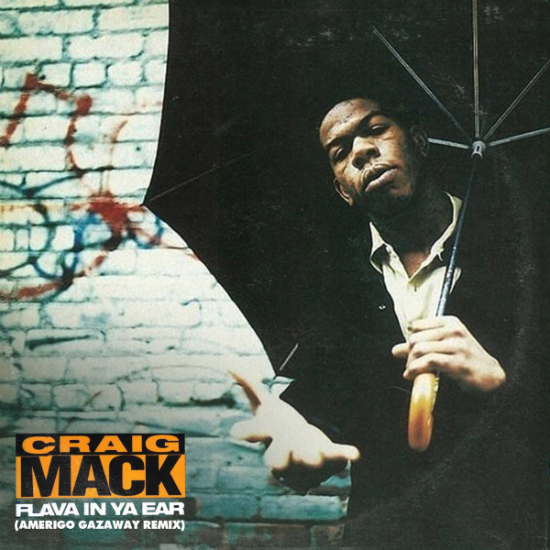 It was just last week when music fans were dealt a blow after the untimely passing of rapper Craig Mack at the age of 46. The shocking news had many turning to the former Bad Boy rapper's classic hit, "Flava In Ya Ear" featuring an appearance by The Notorious B.I.G. While many of us are still bopping to the 1994 single, it didn't take long for one of our faves, Amerigo Gazaway to pay homage in his own way — with a remix.

Gazaway sticks close to the song's hip-hop roots, amping up the bass in a major way. The added string bass succeeds in breathing new life into the song without steering too far from what made fans fall in love with it in the first place. It is a fitting and touching tribute to the loss of two of hip-hop's most distinctive voices who both found their lives cut down way too soon. The three-track release features a dirty version, clean version and an instrumental version for those times when you just want to vibe out — or add your own spin — to Gazaway's track.

"Flava In Ya Ear" is just the latest reworking to come from one of music's most creative remixers today. If you recall, Gazaway is the force behind some of our favorite mashups, including his brilliant  Yasiin Bey-meets-Marvin Gaye, Stevie Wonder-meets-Common, and A Tribe Called Quest-meets-The Pharcyde mixes. Get into Gazaway's latest and gain a new appreciation for the legacy Mack left behind in the process.