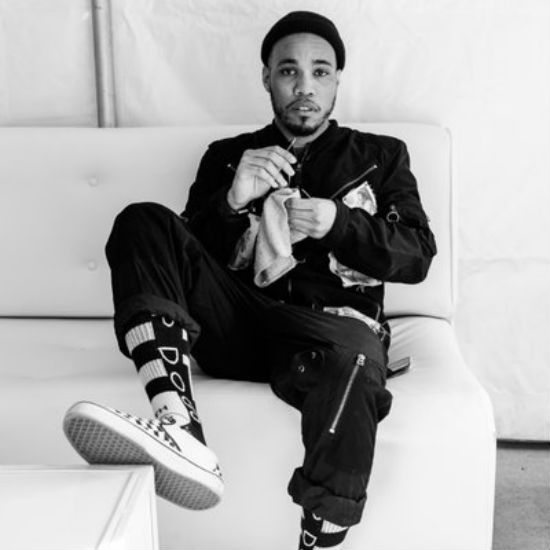 Anderson .Paak fans collectively belted out his signature “Yes, Lawd!” when news hit that a new album is on the horizon. While the Cali funkstar offered very few details, he did confirm that legendary producer Dr. Dre has been heavily involved, that the project is currently in the mixing stage and that it would be released sometime this year. While we all wait with bated breath, Andy has blessed us with something to rock with in the meantime with the electrifying jam "'Til It's Over."

“’Til It’s Over” describes .Paak’s desire to squeeze every last drop out of an encounter, knowing it was never meant to last forever. In his trademark raspy tone that we all know and love he sings, “Only one more night in Los Angeles / I really thought I could handle it / But the funny thing is, I was holding back tears / I didn't think this day would happen.”

The Jeff Kleinman and Michael Uzowuru-produced track first appeared in a Spike Jonze-directed ad for Apple's HomePod smart speaker. The short film features British singer/songwriter/dancer FKA twigs commuting home after what looks like a long day. When she finally gets to her apartment, she lays her bags and burdens down. She asks Siri to "Play me something I'd like," and her wish is Siri's command. The sounds of "'Til It's Over" soon fill her flat and FKA proceeds to get her entire life dancing to the catchy, electro-soul track. As she dances, she simultaneously expands her apartment to colorful and somewhat trippy limits. The feel-good track is the perfect accompaniment to the promo’s vibrant, psychedelic feel.

Join FKA twigs in taking off the blues by watching her modern moves to Anderson .Paak’s "'Til Its Over,” then head on over to Apple Music and add the track to your playlists. Be mindful of your surroundings, as it is impossible to keep still while this joint rocks, and it's sure to remain in heavy rotation throughout the spring and summer. Catch the man who stays booked and busy with his band when Anderson .Paak & The Free Nationals hit the 2018 Bonnaroo Music & Arts Festival or London's Lovebox Festival.