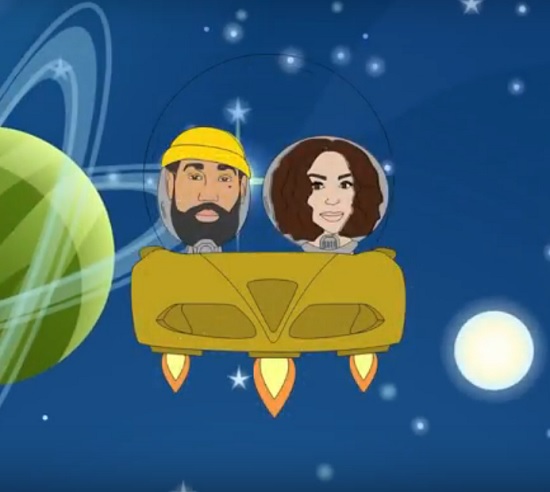 We here at SoulBounce love us some Chantae Cann. Luckily, she loves us right back. So when she asked us back in September to premiere "Craters," the lead single from her recent album, Sol Empowered, we were delighted. Now, the songstress is sharing the video for the track, a duet featuring PJ Morton, while getting creative in the approach to the song's subject matter.

In the video, animated by fellow singer-songwriter Brik.Liam, Chantae and PJ become astronauts going on journeys throughout the solar system. They fly around, hopping from planet to planet through their intergalactic travels. During their space travels, the two can't escape the love they have for one another. It pulls them together like gravity, making sure that they're never too far away from one another. It also can move a crowd as there are several scenes of the two cold rockin' an interplanetary party that has a crowd made up of many species swinging and swaying to the lovely melody of the track.

We're pretty much over the moon (see what we did there) about "Craters" and its creative video and you will be too when you check it out below. If watching the visual isn't enough, you can catch Chantae performing live this summer alongside Snarky Puppy and Jeff Bradshaw at the Capital Jazz Fest and PJ Morton is currently on his More Gumbo Tour — which just happens to feature Brik.Liam as a supporting act.