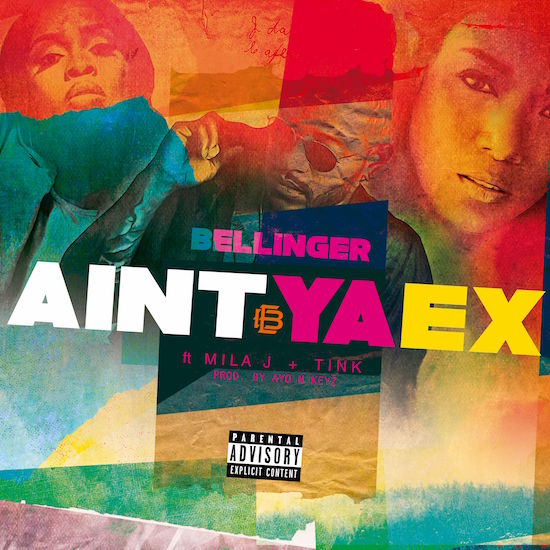 Eric Bellinger has been making us swoon with his sexy takes on hits by the likes of Childish Gambino, Bruno Mars and SZA. But when he's not feeling inspired by the music of others, he draws some serious inspiration from a more personal source in his life — love and more specifically, the love he has for his wife, singer and actress Ly'Mia Good. So it comes as no surprise that for his latest single, "Ain't Ya Ex," he has a steamy kind of love on the brain as he points out that comparisons to his significant other's ex are null-and-void now that he's on the scene.

For the hot single, he calls on the likes of Mila J and Tink to help deliver his swagger-filled declaration. Oozing the confidence of someone who is confident in his abilities to make one forget about their past, he runs down all the ways he wants to bring pleasure to the lady who caught his eye. Meanwhile Mila J and Tink show and prove that they each are perfectly capable of holding their own as they each drop their own respectively distinct styles on the track. It's hard to listen to "Ain't Ya Ex" and not feel confident that all three artists easily bagged the apple of their eyes with the lines they are spitting in this song. Produced by duo Ayo N Keyz, the song is a sensual ode to throwing caution to the wind and shooting your shot.

"Ain't Ya Ex" is the first single taken from Bellinger's upcoming album Eazy Call, which is set to drop April 6th. If the album is anything like his previous EPs like last year's Eric B for President: Term 2, then it will be big on every aspect of being in love and working to stay there. And in a day and age where it seems that popular R&B music often centers on the ugly side of love, Bellinger's unapologetic love for his wife is a pleasant reminder that successful relationships are possible as long as both parties are committed to putting in the work both in and outside of the bedroom.