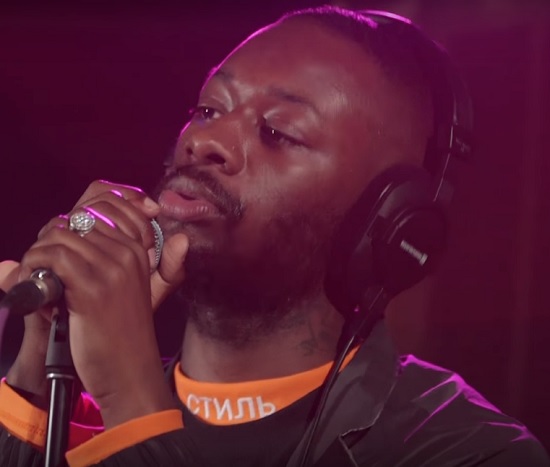 DMV representer GoldLink recently found himself in the land Down Under, so of course the "Crew" rapper had to make a stop at Triple J and participate in their Like A Virgin series. For his contribution to the ongoing segment, he reached way back to 2003 and tried on Pharrell's hit "Frontin" for size with a little help from local band Billy Davis And The Good Lords to inject it with a bit of new flavor.

The cover owes a bit to the reimagining of the song by Questlove and The Yessirs, who flipped the track back when they did the unreleased revamp of Pharrell's debut album In My Mind. The Good Lords inject a bit of bossa nova flair into the groove, setting up GoldLink with a swaying, laidback vibe that he slides into effortless. He doesn't bother to attempt P's unique falsetto, instead staying in his own tenor range. The decision was a good one, as it allows for a more natural feel with the live instrumentation. And because he's both rapper and singer, he also slips in JAY-Z's verse, adding his own verve to that as well.While he was there, he also performed his track "Herside Story," itself a cover of sorts of Hare Squead's original. It went over quite well, with GoldLink getting an assist from a couple local musicians who contribute vocals and a rap of their own.

As the kids would say these days, issa vibe. Check out both performances below.


TAGS:  Billy Davis And The Good Lords, GoldLink, Hare Squead, jay-z, pharrell williams, questlove, The Yessirs
Previous: Leon Bridges Moves & Grooves In ‘Bad Bad News’ Video Next: Next Is Back & They ‘Want It’ As Bad As You Do