MNEK Ends The Wait & Finally Slips Us His ‘Tongue’ 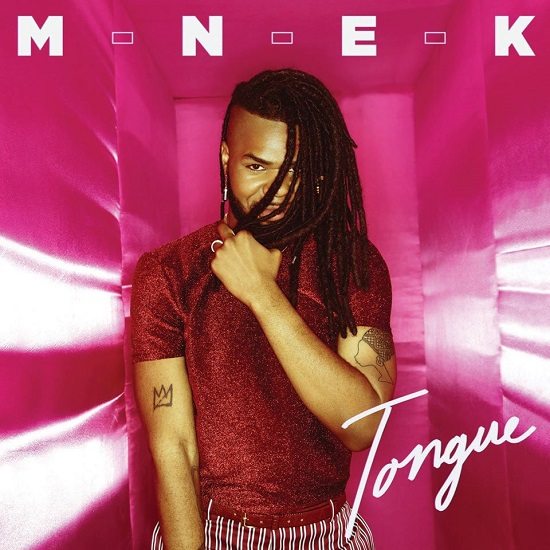 After he's given us fire single after fire single (and even a brief EP), you can understand why we've been wanting a proper debut album from British singer-songwriter MNEK. It looks like that moment is finally here, as he's hinted that his first full-length EP is finally coming this year. But first, of course, is the tease. And tease he does with "Tongue," his funky new single.

With a name like "Tongue," the mind tends to go to a sexual place (what, yours doesn't?). However, that's actually not where this one is headed at all. Instead, MNEK creates a sweet story of a man that's a little afraid to say those three little words: "I love you." Despite his best efforts to prevent that from happening, though, it seems that it's only a matter of time. "So I'm putting both hands over my mouth / I can only hope nothing's going to come out," he says in a spoken cadence on the chorus. "But there it is on the tip of my tongue / I think I love you / I think you're the one." Helping to illustrate his story is production that walks a line between R&B, pop and dance quite well. The verses and bridge are adorned with wispy synths that pick up on his flowery feelings. The chorus, however, is a completely different animal with almost everything dropped out except for a pulsing kick and programmed drums.

Speaking about "Tongue" and his upcoming debut, MNEK told The FADER in an email, "It's fun, it's sexy, and it's different to anything I've put out before. It is an indication of me taking risks with my new music. The album is something I'm so proud of because it’s an audio world I've created which is a true body of work. I can't wait for everyone to hear it."

We can't wait either! Until we at least have a title and release date, though, we'll just have to wear out his "Tongue." Stream the song via Spotify right here and then see exactly what he's singing in the song's lyric video below.


TAGS:  audio, MNEK
Previous: Musiq Soulchild & Marsha Ambrosius Fight For Their Love On ‘For Better For Worse’ Next: Sidibe Revisits Sade’s ‘Love Is Stronger Than Pride’ With An Acoustic Cover