PJ Morton Is The Live Album Killer On ‘Gumbo Unplugged’ 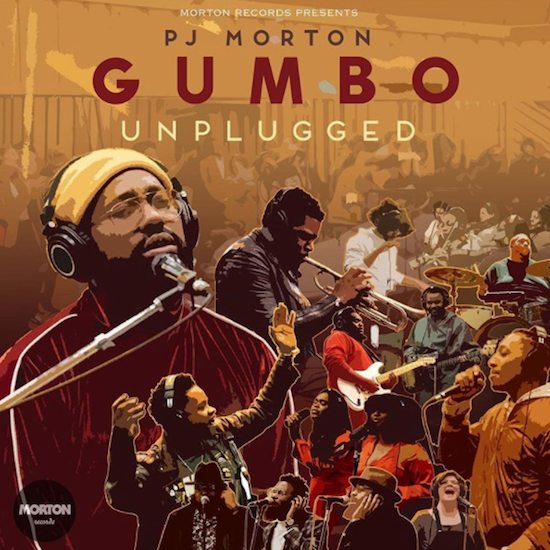 PJ Morton is many things. A son, a husband, a father, a musician, a singer and, as anyone who's seen him in concert can attest, the Live Show Killer. A PJ Morton performance is an experience – equal parts masterclass, jam session and revival. For his latest album, Gumbo Unplugged, Morton brings that experience to wax, and he shares the mic with a few talented friends on an electrifying project.

Gumbo Unplugged is the follow-up to PJ Morton's GRAMMY-nominated album, Gumbo, which he released in April 2017. Recorded while he was in New York City for the 60th Annual GRAMMY Awards in January, PJ invited BJ The Chicago Kid, Lecrae, The Hamiltones, Yebba and Keyon Harrold to join him in interpreting songs from Gumbo for this live album. (Anthony Hamilton was originally scheduled to perform, but he was unable to attend.) Backed by The Matt Jones Orchestra led by Matt Jones, his band and supporting vocalists The Amours, PJ gathered all this talent together at Power Station Studios and they collectively tore the roof off the sucker in front of an in-studio audience. Aside from the intimate group witnessing the recording in-person, the Gumbo Unplugged session was live-streamed by Okayplayer, giving viewers an exclusive first look into its creation.

PJ and company bring Gumbo to life in living color on Gumbo Unplugged. Switching the order of songs around, he kicks off with "Sticking To My Guns," which sets the tone and flaunts his artistry from the first note. After that rousing intro, he segues into the autobiographical single "Claustrophobic," which is highlighted by a string section and a masterful trumpet solo by Keyon Harrold. His guests keep stepping to the mic for the next two selections, "Religion" with a powerful verse by Lecrae and "How Deep Is Your Love" showcasing the vocal talents of Yebba and transforming the Bee Gees' hit into a dreamy duet.

While on that high, PJ keeps things on cloud nine with "First Began" making the listener fall even deeper for this love song. Picking up the pace a tad, Morton leads into another relationship-centric single, the amusing tune "Go Thru Your Phone." PJ switches gears again for "They Gon' Wanna Come" to call out all those weren't there in the beginning but come running now that he's famous in the most sincere way possible. He comes in peace, but he doesn't play that. Harmonies abound in "Alright," with PJ and The Amours punctuating the track with the perfect blend of their voices. The collection ends with BJ The Chicago Kid and The Hamiltones joining in for a hand-clapping, foot-stomping, tambourine-shaking good time on "Everything's Gonna Be Alright." Listening to their passion and conviction, you truly believe that everything will, in fact, be alright.

Each of the nine tracks on Gumbo is given an extra dash of sugar, spice and special sauce on Gumbo Unplugged. The stellar combination of PJ Morton, live instruments, orchestral arrangements and featured artists takes the live versions of these songs to another level, which is no surprise. Gumbo Unplugged is actually his third live album, following 2008's Live From LA and 2015's Live Show Killer. However, this just might be his best live recording yet. Not only is PJ Morton the Live Show Killer, but after Gumbo Unplugged he's now the Live Album Killer as well.