Ro James Is Caught Up On ‘Lost My Mind’ 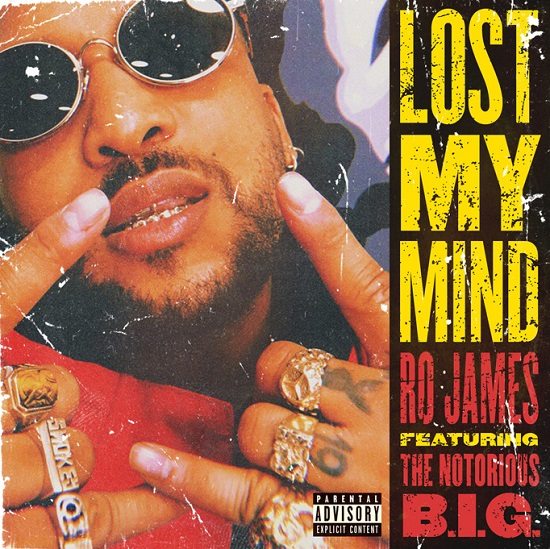 For his first drop of 2018, singer Ro James hooked up with super-producer Salaam Remi to cook up some heat in the studio. The result of their session is the track "Lost My Mind," a mid-tempo groove featuring a sample of The Notorious B.I.G. that was released on March 9th, the 21st anniversary of Biggie's death.

The track starts with Salaam's booming production while lyrics from B.I.G.'s 1994 hit "Big Poppa" play. Ro — who is part of Bystorm Entertainment, which happens to be led by Biggie's former manager Mark Pitts — then steps in with his beautiful falsetto to woo us into submission as we listen to him sing about being caught up in love. Big returns later to spit his familiar bars throughout the brooding, head-nodding jam. This new song is actually a tribute to both The Notorious B.I.G. and hip-hop soul. About his ode to the Brooklyn rapper, Ro said on Instagram, "As we celebrate his life today, thankful for the inspiration. 90s Hip Hop & RnB plays a huge influence on my being. The vibe, the style, the music mixed with some country and some nasty and rock-and-roll, and you get ME."

Ro released his debut album ELDORADO back in 2016, and we've been waiting on new music since. The singer hasn't been quiet, though. He's been spotted at various festivals and will continue to make the rounds this year, including getting in on the ESSENCE Festival festivities. We're hoping this is a sign that we'll be getting more new joints along the way. But until then, we're gonna sit here and jam to his tribute. Listen to new track "Lost My Mind" below to get your Ro James and Biggie fix.