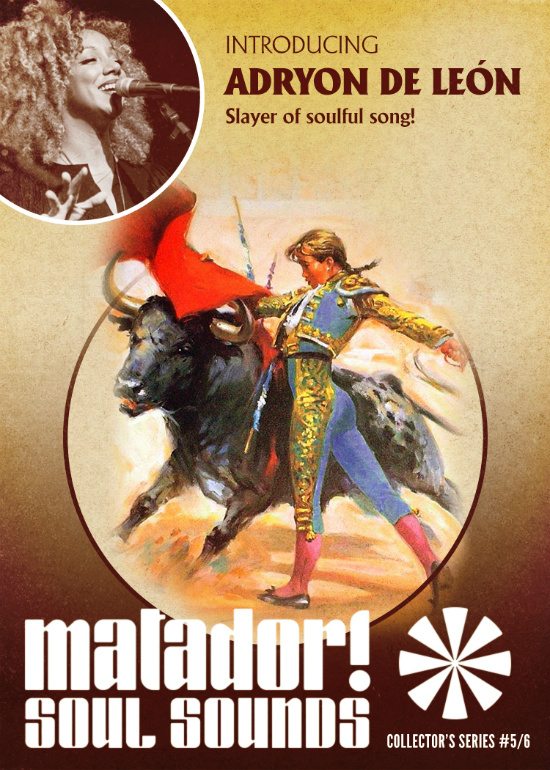 Though many will try and tell you that R&B and soul are dead, we're here to let you know that it's actually alive, well and thriving. You need look no further than emerging artists and collectives breathing new life into the genres on the daily to know this. Take, for instance, Matador! Soul Sounds. The newly formed six-person collective is taking the time to soulfully introduce themselves ahead of the March 12th release of their debut, Get Ready, with their weekly #MatadorMonday series. SoulBounce is more than happy to bring you the series' fifth installment and introduce you to bandmember Adryon de León with their new single "Stingy Love."

Some may be familiar with Adryon from her work with Orgone, especially from their 2015 album Beyond The Sun. If so, then you're accustomed to the signature sweet and raspy sound that Adryon employs on "Stingy Love." She and fellow vocalist Kim Dawson use their gifts to call out a lover who just won't give out the amount of love they deserve. "You have the chance / To bleed for this / But you lock it up," Adryon sings on the bridge before calling it what is on the chorus: "Showing up like you give a damn / You're just taking all you can / You've got that stingy, stingy, stingy, stingy love." Meanwhile, their bandmates Eddie Roberts, Chris Spies, Alan Evans and Kevin Scott lay down a funky backdrop replete with organ, keys, bass, rhythm guitar and energetic drums that keep this soulful kiss-off quite lively.

"Like many of the songs on the record, the idea had been in the ether for a while; the riff was created by Eddie and sent to Kim and then revisited during our studio sessions," Adryon said of the process of creating the song. "I went deep into my lyric journal for this one… some of the text had been written for a while, but with the efforts of the whole team we were able to vibe and make something hip and hooky out of an otherwise angsty subject matter."

With just one week to the release of Matador! Soul Sounds' Get Ready, we're making sure that we're ready to receive what is sure to be a musical blessing from the group. You can check out "Stingy Love" for yourself right here and catch up on the rest of the #MatadorMonday series on the group's website. As well, the group will be embarking on a tour that kicks off on March 15th in Pittsburgh, dates and tickets for which can be found here.