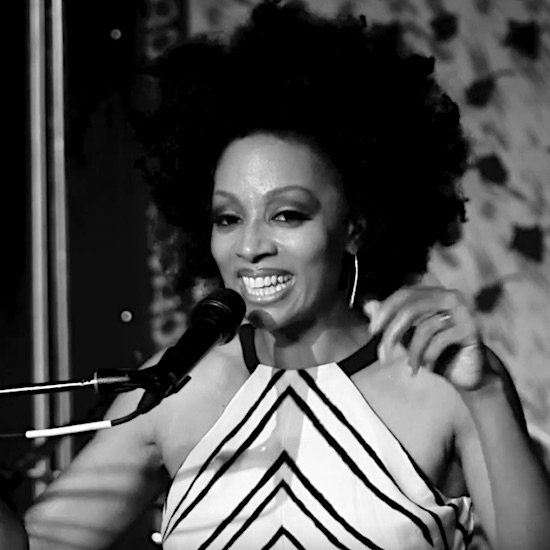 You already know that our girl Sy Smith is a beast on wax. You need look no further than her recent self-produced opus Sometimes A Rose Will Grow In Concrete for confirmation of this. However, you might know that she brings that same prowess to her live show. As a matter of fact, one might say that Sy is actually better live. We know, right?! How is it possible that she could be even more amazing? Allow us to show you with a video of her performing the album's opening track during a live preview show.

Sy graced the stage at S.I.R. Hollywood for the occasion and blessed the audience with her beautiful vocals. Sitting down alongside her band, she starts the jam with a few snaps, leading the crowd into the groove. Sy then settles in and warms up the crowd with her sweet vocals as she sings of a love that has her losing her senses. However, we're the only ones who can't help but swoon as Sy and her band command the audience with their awe-inducing talents, playing up the jazzy arrangement and adding a bit of extra oomph to make it different from the album version.

It's a mesmerizing live performance that should whet your appetite for Sy's live show. The songstress kicks things off in Houston on March 26th for the first of eight dates that will keep her busy through the end of April. You can get the full list of dates after you check out the video of her performing "Perspective" below. For ticket information, head over to her website.