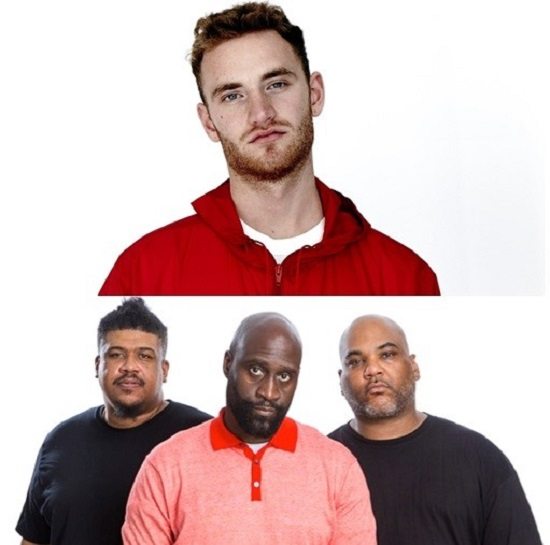 We're a month away from the premiere of Tom Misch's anticipated full-length debut Geography. The London-bred musical wunderkind has been leaking singles since late last year, but based on his newest release, "It Runs Through Me," it's evident that he still has some serious surprises in store. The song boasts a feature from legendary rap group De La Soul and, unsurprisingly, it's pretty darn good.

Driven by Spanish guitar with Latin and hip-hop influences throughout, the breezy mid-tempo groove serves as Tom's love letter to music. As he explained to Zane Lowe during the song's Beats 1 premiere, "The concept of this track is sometimes how I feel about my relationship with music. It’s something that has always just flowed through me and almost feels like my superpower….You can take away my money and house, etc., but can’t take away my relationship and love for music."

Misch is relaxed in his vocal approach – not in a lazy sense, but rather an ease; a lightness that invites you to leave your troubles at the door. Meanwhile, De La is right at home and clearly feeling the beat, flowing beyond the standard 16 bars to deliver a memorable finish. Of the collaboration, Tom gushed, "The De La Soul feature was the icing on the cake for this album. I’m a massive old school hip-hop head and this collaboration just felt really good." So good, that it has us over here samba dancing, salsa swaying and two-stepping the afternoon away.

Listen to the infectious "It Runs Through Me" below, then scroll down to check out the aqueous visual treatment for another strong collaboration, "Water Baby," with London rapper Loyle Carner. While Tom Misch currently on tour, Geography is available for pre-order ahead of its official release on April 6th.