Toni Braxton Two-Steps Heartache Away In ‘Long As I Live’ 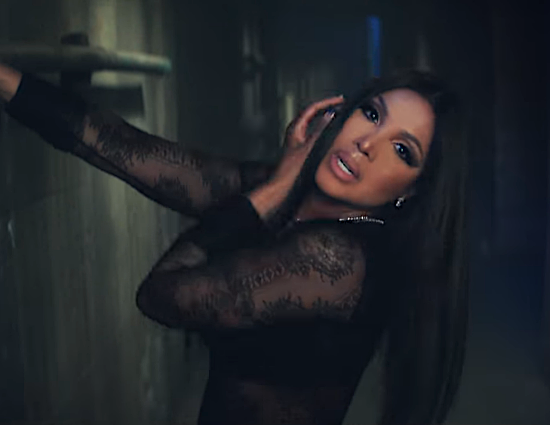 Toni Braxton is back on the block with her first solo album in eight years Sex & Cigarettes. We're feeling the album as a whole, but the song that really drew us in is the second single "Long As I Live." The two-step-worthy ballad, about the awkward moment of learning your ex has moved on, finds Toni balancing her classic sound while adding something new and the just-released video for the track does the same.

Despite the song's somber subject matter, Toni is bringing the sex appeal for the video. We first see her strutting her stuff in a sparkly leotard and white fur as she walks toward her ex in the rain. That's not the only one-piece we see her rocking in the clip, though. Many of her solo shots feature her in a sparkling black number with a deep v-cut and shoulder pads. Then later, toward the video's end, she bares all in a sexy and sheer lace get-up that is sure to turn a mutha out. When the 50-year-old diva isn't putting younger women to shame in the sexy department, she's breaking out some dance moves. Being that the song is infused with a stepper's groove, Toni and her sisters Tamar Braxton and Towanda Braxton get their two-step on with a couple of fine dancers in one of the video's more memorable moments.

The Mike Ho-directed clip isn't exactly what we expected for a Toni Braxton video, but it's a very entertaining watch. See what we mean when you press play below. 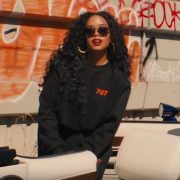