Toni Braxton Delivers Both The Grown & The Sexy With ‘Sex & Cigarettes’ 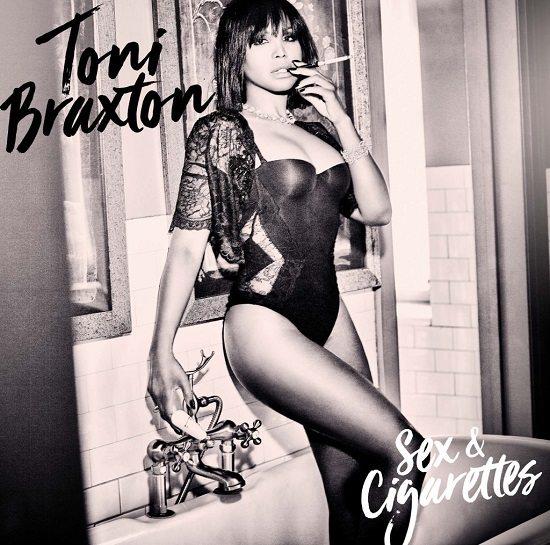 Toni Braxton has gone through many different changes throughout the years, with her beautiful contralto soundtracking our lives since her debut on the Boomerang soundtrack in 1992. Now at the lively age of 50, Toni is back and delivering perhaps her most provocative album yet with Sex & Cigarettes.

Interestingly enough, despite the title and seductive album cover, Sex & Cigarettes is about much more than just sex. In fact, sex isn't even really on Toni's mind. The future Mrs. Birdman is instead more interested in relationships, both past and present, and the many complications they bring about. Heartbreak is the main topic of discussion as almost every song deals with an aspect of it. Lead single "Deadwood" finds Toni promising revenge on a lover who's hurt her while mixing a slight bit of twang into her usually moody R&B. She also gets her two-step on with the second single and album standout "Long As I Live," which finds her dealing with the pain of seeing an ex move on without her. But those aren't the only gems of the eight songs included here.

Title track "Sex & Cigarettes" shows Toni putting an unfaithful lover completely on blast with just piano and a bad attitude. But if you think her attitude is bad there, "FOH" shows just how bad it can get as she earns the parental advisory label with a few well-used swears that provide sharp edges to her sultry vocal. Later, she plays ice queen on "My Heart" as she turns in a solid collaboration with Colbie Caillat, letting a lover know that while she's willing to give him most of her, she can't give away her heart. With all the sad love songs, the album's final track offers a bit of a palate cleanser as Toni turns in a dance floor-worthy track as she goes looking for love (or at least a night away from her troubles) among the pulsing grooves of a club.

Honestly, nobody does heartbreak as well as Miss Toni Braxton. And trust and believe that she does it oh so well on Sex & Cigarettes. The short and bittersweet album is just enough yet leaves us wanting so much more — and that's not a bad thing.