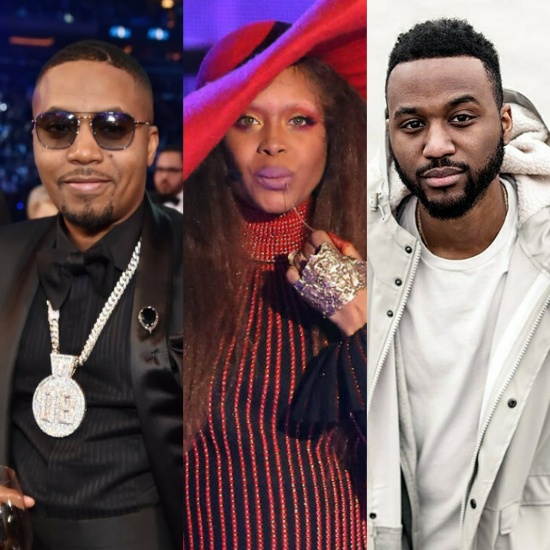 The Art of Cool Festival will celebrate its fifth-anniversary fest in a big way this year with the announcement that Nas and Erykah Badu will be headliners. The initial list of 2018 performers also includes singer Iman Omari, British jazz band Sons of Kemet, violinist Damien Escobar and DJ/producer Sango, with more acts to be announced in the coming months.

Durham, North Carolina has been home to an annual exodus of jazz, hip-hop and soul music lovers who make it to the city to attend the Art of Cool Festival. In case you were looking at your calendar and wondering what happened to the 2018 edition of the AOC Fest because you hadn't heard anything about it yet, well you'll be glad to know that some exciting changes are afoot to make it bigger and deffer.

First things first, the Art of Cool Festival has been sold by the non-profit Art of Cool Project to entertainment promotions company The DOME Group, LLC, and the festival has moved from April to  September. No longer a spring fling, the 2018 Art of Cool Festival will pop off this autumn on Friday, September 28th and Saturday, September 29th. Hot spots all around downtown Durham will host AOC Fest concerts and shows, and the Durham Bulls Athletic Park will serve as the main venue. The day-long Innovate Your Cool Conference will also be taking place during this year's festivities.

Expect more details about the 2018 Art of Cool Festival to surface soon. In the meantime, you can go ahead and get your coins together because tickets go on sale starting on Friday, April 27th. 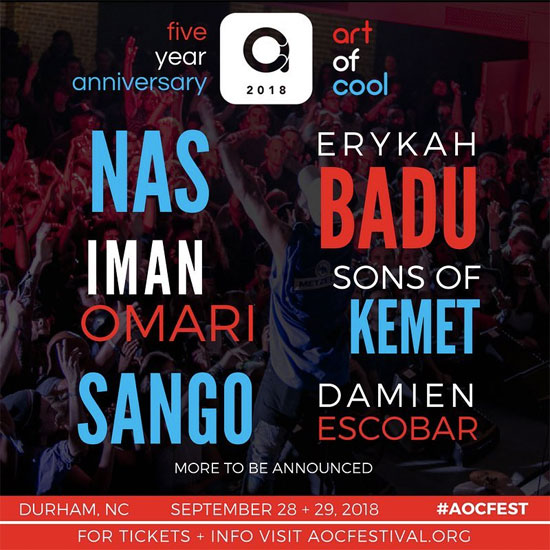