DJ Aktive Decides To ‘Cut It Up’ With Peedi Crakk & Ms. Jade 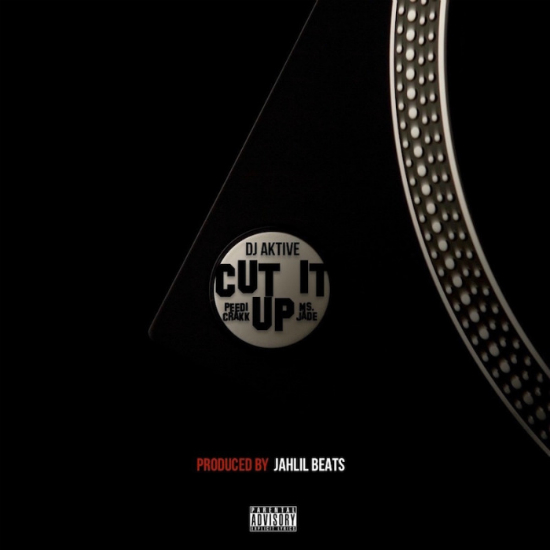 DJ Aktive is always on-the-go as an in-demand DJ, but that hasn't stopped him from dropping a new single. He recently premiered the track "Cut It Up" where he joined forces with fellow Philly natives, emcees Peedi Crakk and Ms. Jade, to deliver an uptempo party track that can carry us well into the summer. The track produced by Jahlil Beats is a radio-friendly, playlist-ready banger and creates the perfect base for future rap battles and cyphers.

Peedi Crakk and Ms. Jade take turns to drop their hottest bars, while Aktive flexes his cutting and scratching skills in the background. A special nod to Ms. Jade, who found time while being a new mom to dish out her cocky bars. "B***hes can't stand me / Wave at em like it's a pageant / You feeling brave / Better think twice or get embarrassed," she spits in the direction of anyone trying to come for her if she didn't send for them. "Cut It Up" gives both the emcees their space to shine and Aktive gets some time in the spotlight too toward the end.

DJ Aktive has been a tour DJ for some of the biggest artists in the game for years, and before he heads back on the road with Janet Jackson this summer, he's currently on tour with supergroup August Greene. He's also finally taking his talents and packaging them into his own EP aptly titled The Tour. He's had us grooving to his collaboration with songstress Marsha Ambrosius on the single "90s Love," and now we have this new jam to nod our heads to. With back-to-back heatrocks, we are impatiently waiting for The Tour to arrive.