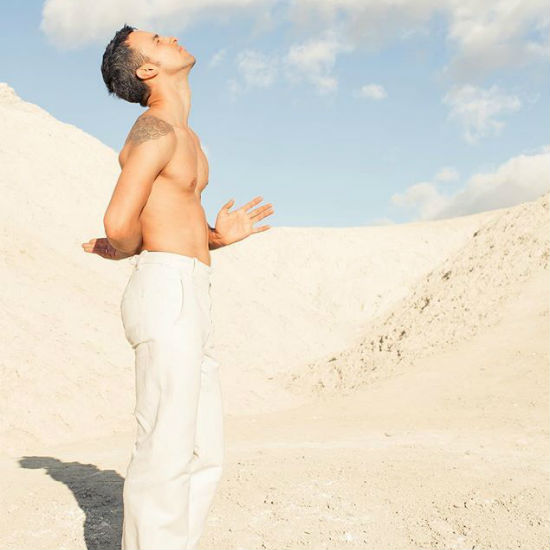 Singer/songwriter/multi-instrumentalist Gabriel Garzón-Montano returns with a soulful reminder of the power that lies within each of us. His vibrant single “Golden Wings” is a sea of heavy, head nod-worthy percussion, spotless staccato harmonies and delicate keys, yet somehow the track seems weightless. His tone is unbothered and deliberate as he sings, “Golden wings upon my feet / On clouds I dance / Orange sky and deep blue sea / In the palm of my hand. “

The Brooklyn-born musician says, “'Golden Wings' speaks to a power we all have, our ability to make magic out of mundanity.” Showing off his “one-man band” skills, he played all of the instruments and recorded this latest offering at Hudson, NY’s famous analog Waterfront Studios which allowed him to masterfully capture the charm and crisp sound of the live instrumentation. Fans and musicians alike will enjoy Gabriel’s short film which featured the single and details the making of his critically-acclaimed debut album Jardín, which remains in heavy rotation courtesy of his stellar performance on NPR Music's Tiny Desk Concert series, an instrumental LP and a handful of remixes from the album featuring rappers Junglepussy, Little Simz, Audra The Rapper, Ill Camille and Odd Mojo.

Take flight and take Gabriel Garzón-Montano’s “Golden Wings” along with you for the journey. The single is available on all digital platforms, so be sure add it to your warm weather playlist. SoulBouncers in Boston, Brooklyn, Philly and D.C. can catch him alongside Tom Misch next month before he heads to Barcelona and France for the Primavera and This Is Not A Long Song Festivals. He will also hit NY’s Central Park Summer Stage as part of the Latin American Music Conference showcase in July, so check the dates below and grab your tickets on his website.

TAGS:  audio, Gabriel Garzón-Montano
Previous: Peabo Bryson Is Back On The Block With ‘Love Like Yours And Mine’ Next: Bobby Earth Sets The ‘Mood’