Gallant Strips Down To Show He’s A Perfect ‘Gentleman’ 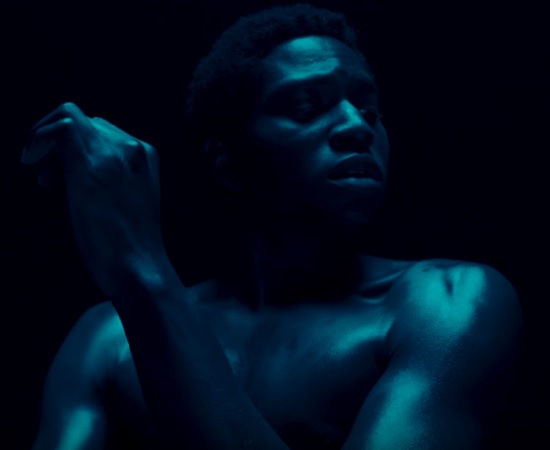 Gallant's debut album Ology was a pretty intimate affair with songs about love and relationships that seemed both artistic and personal. It looks like he's continuing in that direction for his sophomore project, which is set to be released later this year. The Bounce-Worthy alum gives us a pretty good preview with the release of his newest single and video "Gentleman," and he's letting it all hang out quite literally.

The Teddy Walton-produced track is an aching, sensual song which finds Gallant positioning himself as the perfect choice for a woman looking for more out of a relationship. "You said you sick of that high school s**t," he sings at one point in the first verse. "You need a college degree / So you took all your frustration to me." From there, he seductively woos her with his stirring falsetto and innuendo-laced chorus. Given the song's sexy vibe, it's only fitting that he make the video just as sensual. He accomplishes the feat by taking a page from D'Angelo's book and stripping down for the camera. Director Sasha Samsonova then bathes him in blue light — and nothing else — while he delivers a stunning performance of the track. The simple premise teases and titillates without being salacious though it probably will ignite enough thirst to keep his name on many lips until he's ready to drop his sophomore set.

"For this particular [song] where I'm tapping into more the side of me that is pretty confident, the only way to really get the whole picture and not present something distorted or not true to myself would be to pair it with something that's equally as vulnerable," he told NPR Music. "It was just the most accurate representation of me as a human being, personally and artistically."

We're most definitely here for every bit of this, and you will be too when you check out the stream of the song via Spotify below and then stick around to get an eyeful of Gallant in the video.


TAGS:  audio, d'angelo, Gallant, Sasha Samsonova, Teddy Walton
Previous: Snoop Dogg & Charlie Wilson Pray For ‘One More Day’ Next: Sabrina Claudio Wants To Give It ‘All To You’