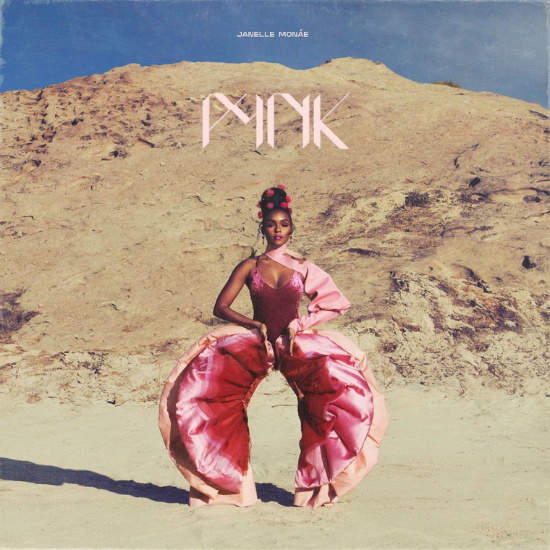 Janelle Monáe just dropped a pink bomb on us with her latest single and visuals. The risk-taking songstress tackles all things womanhood in "Pynk," featuring her clique decked out in colorful futuristic gear that would be a welcome addition to any Women's March. At a time when women and girls are demanding an equal voice, equal pay and equal treatment, the video and its timing are more than perfect. Directed by Emma Westenberg, this video, like her previous offerings "Make Me Feel" and "Django Jane," also features her homegirl Tessa Thompson who drips with sex and power in every scene she's in.

The video kicks off with Monáe and her crew making a pit stop at the Pynk Rest Inn and later giving us a suggestive dance sequence dressed in ruffled p***y pants. No really – the pants look like vaginas. At some point Tessa pokes her head in between Monáe's legs to give us quite an eyeful and some wild, wild thoughts. Striking visual elements, including oysters, grapefruits and donuts, pepper the clip while Monáe remains decked out in stunning outfits that go far beyond her black-and-white uniform. Her bevy of friends add beautiful layers and help Janelle to make a bold statement.

On her YouTube page, Monáe explains the concept and thought behind the new track. "Pynk is a brash celebration of creation. self love. sexuality. and p***y power! Pynk is the color that unites us all, for pink is the color found in the deepest and darkest nooks and crannies of humans everywhere... PYNK is where the future is born...." The video, which also celebrates Black and queer women, is peak feminism at its best, especially as Monáe ends the video staring intently at the camera and singing, "Pink is my favorite part."

Monáe has made it more than clear that she'll be flipping the script and giving us something we can feel ever since the announcement of her new project Dirty Computer. With "Make Me Feel," "Django Jane" and now "Pynk," she has provided us with some glimpses at her new attitude and the new direction her music and visuals are taking, and we're here for the evolution. Thankfully, we don't have too much longer to wait for Dirty Computer, which is due for release on April 27th, to hear and see what other surprises Janelle has in store.