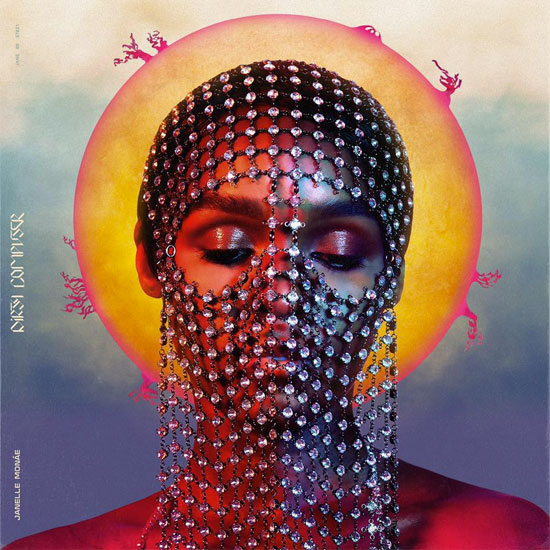 When Janelle Monáe first announced her new album Dirty Computer in February, she heralded its impending arrival with a brief trailer for the collection's companion film, or emotion picture as she named it. The flashes of the film shown in the trailer raised anticipation, eyebrows and few questions about her music, her style and her sexuality. Over the past couple months, we've gotten some answers.

Janelle released a succession of four singles ("Make Me Feel," "Django Jane," "Pynk," "I Like That") and their videos, each unlocking a piece of her puzzle. Musically, it was clear that her sound and artistry had evolved, as well as her style as evidenced by a sudden explosion of color in her wardrobe. As for her sexuality, she made quite a statement with "Pynk" and just this week she came out in Rolling Stone as a pansexual, queer Black woman. This isn't the Janelle Monáe you thought you knew, but with the release of Dirty Computer, this is the Janelle Monáe who is finally free to be herself.

Dirty Computer, both the album and emotion picture, dropped at the stroke of midnight today and provided fans of the eclectic songstress with a feast for the eyes and ears. The emotion picture premiered on BET and depicted a future world where anyone different or who dissented was considered a "dirty computer" and had to be reprogrammed. Janelle stars as Jane 57821, who is in captivity and getting ready to undergo the cleaning process at the start of the movie. She doesn't agree to be cleaned, so her captors instead decide to erase her memories one-by-one. Throughout the emotion picture, her vivid memories are music videos for songs on the album, tying the two works of art together.

Via her memories, we see Jane and her friends/lovers Zen, played by Tessa Thompson, and Che, played by Jayson Aaron, enjoying some afro-futuristic, footloose and fancy-free times together. They're living and loving, but there's always a sense of danger around them, and Zen is eventually kidnapped. Back at the lab, Jane awakens after her first treatment and Zen is the one tending to her. However, Zen was already reprogrammed and is now named Mary Apple 53 and doesn't remember her old homie-lover-friend Jane from a can of paint. Jane is heartbroken and tries to get Zen/Mary Apple to remember her to no avail. The story unfolds and just when you think it's over for Jane with a full cleaning imminent, there's a twist and surprise at the end that provides hope for her – and their – future. The highly entertaining film is a sci-fi thriller, musical, drama and love story rolled into one.

Whereas the emotion picture features Janelle playing a character, Dirty Computer the album showcases Janelle Monáe at her realest and rawest. Her most revealing work to date, she freely sings and raps about sex, sexuality, society and being a savage with no filter nor censor. Janelle is joined on this freeing journey by a colorful cast, including Brian Wilson of the Beach Boys on the title track, Zoë Kravitz on "Screwed," Pharrell Williams on "I Got The Juice" and Stevie Wonder on the brief interlude "Stevie's Dream."

Janelle has flipped the script and the table on Dirty Computer. No longer tipping on tightropes, this album is on a different wave from her previous work and she invites fans to ride it with her. Or not. She's doing her and doesn't care what people think.