It Ain’t Over! Janet Jackson Announces 2018 Leg Of ‘State Of The World Tour’ 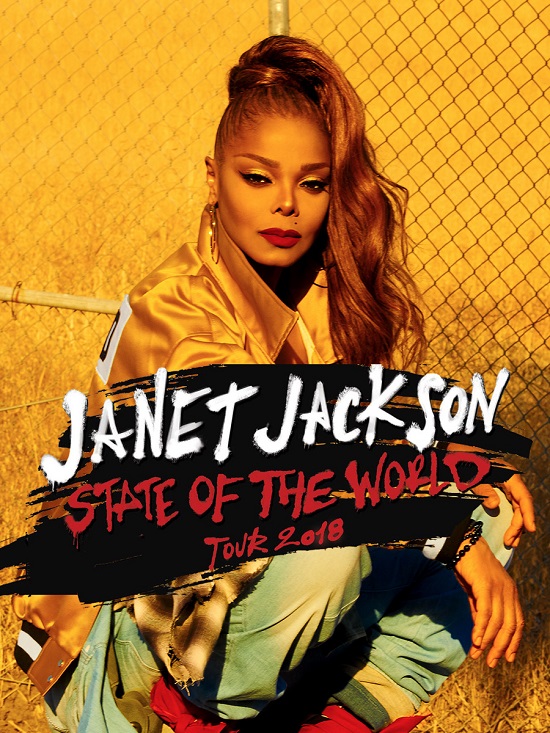 What a time to be a Janet Jackson fan! Miss Jackson snatched wigs, extensions and edges when she stomped the stage for her State Of The World Tour last fall, delivering heart-stopping performances during 56 dates across the United States and Canada to crowds of adoring fans. When the tour closed in December, many thought that would be the end of the run (at least domestically). However, as 2018 began, Janet's name started popping up as a headliner for festivals like ESSENCE Music Festival, Panorama, FYF Festival and Outside Lands. Based on that and her worldwide call for dancers, we knew that Janet had something up her sleeve.

Now we know exactly what that is, as she's announced an entirely new North American run of the State Of The World tour set to kick off this July. After taking the stage at ESSENCE during the 4th Of July weekend, she'll be giving shows across the U.S. all summer with stops in Austin, Cincinnati, Virginia Beach, Raleigh, Charlotte, Miami and Tampa, Florida — with a few more stops and festival appearances in between. There's no word on if mother will be changing anything up as far as the setlist goes or maybe even announcing some new music soon, but with things seemingly kicking into high gear, who knows what else Janet has cooking.

What we do know is that tickets for the tour will go on pre-sale for Citi cardmembers through the Citi Private Pass program on April 24th at 10 a.m. local time through April 26th at 10 p.m. local time. After that, they'll be available to the general public this Friday, April 27th via LiveNation. Gather your coins, children, this is not a drill! Check out the full list of Janet's new tour dates below and keep it locked here for more info.