Khalid, Ty Dolla $ign & 6LACK Are ‘OTW’ And Ready To Ride Out 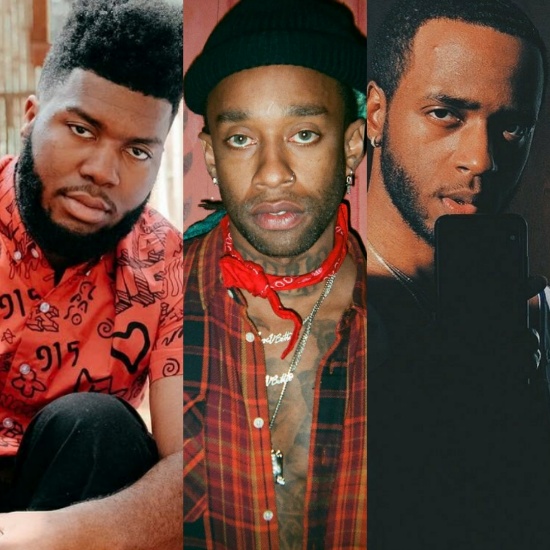 Khalid has been heavy on his collaborations in 2018. In the last couple months alone the singer has teamed up with Normani Cordei on “Love Lies,” Billie Eilish on her track “Lovely” and Sabrina Claudio on her single "Don't Let Me Down." Now the singer has dropped yet another smoking collab with the track “OTW,” an R&B posse cut featuring Ty Dolla $ign and 6LACK.

On “OTW” Khalid and company want the object of their affection sitting on ready for them to scoop them up in the whip. “Put it in drive, I’ll be outside, I’ll be on the way,” Khalid croons on the chorus of the contemporary R&B slow groove with numerous driving references. What makes the song work with all three singers is that, while it is very much a Khalid record, the guest stars fall in line and play their positions perfectly. We get Ty’s patented husky tenor singing, “You say play Khalid, I say pass the weed,” to his lady. Then 6LACK enters with his special brand of charm for the third verse, asking his girl to coast as they, “Get away so we can make sense of your life / You was in park, but I just put your s**t in drive.”

“OTW” seems like the literal successor to Khalid’s hit debut single, “Location.” He’s going from innocently asking where a potential bae is and planning a meet up to letting her know he’s coming through and what he's about to do. We see you, Khalid. With all of this new music coming from the 20-year-old's direction, is a new Khalid album “OTW,” too? We don’t know yet, but if Khalid does have something waiting in the wings, we are ready and waiting. For now, hit play below and take this sexy banger Khalid, Ty and 6LACK for a test drive.