Miguel & J. Cole ‘Come Through’ With A Seductive Look Behind-The-Scenes 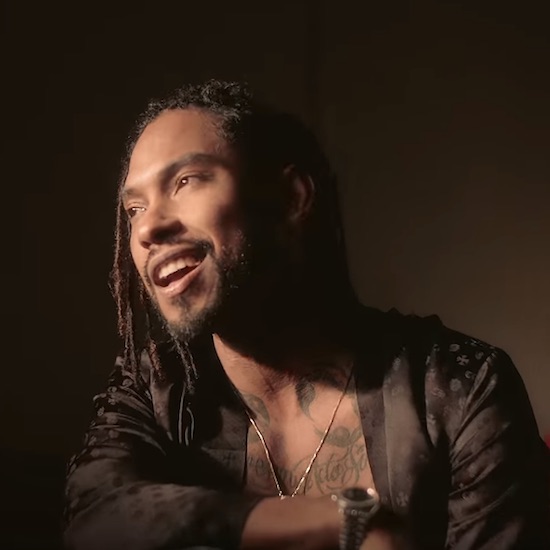 Miguel is keeping his War & Leisure alive well into 2018. He's been hitting the road both during his tour and on the festival circuit in support of the project, including hitting the stage at this year's Coachella Festival. But it ain't just about the festivals. Miguelito's joint still has some fire to it, though, and he taps into that heat with the visuals for his recent Salaam Remi-produced single "Come Through And Chill."

Miguel takes us to the set of a video within his video. However, we're getting a behind-the-scenes look at things in between him filming the clip's scenes. We're introduced to a dancer whose moves both in rehearsal and onscreen have everyone, male and female alike, entranced. Of course, our boy Miguel gets caught up in her seductive web even though it seems that he's also got a main chick. His lady doesn't stop Miss Thing from calling him in for a meeting in her bedroom. Meanwhile, the song's guest J. Cole phones it in literally as he spits his verse into the receiver of a payphone while standing on the stage. It's not clear how Cole World figures into the narrative, but the story keeps moving forward until we get to the clip's end — where things get unexpectedly steamy with a plot twist that switches everything up.

We're sure Miguel fans will be hearing "Come Through And Chill" when they catch him performing this spring and summer, including his stop at Broccoli City Festival this weekend. While you prepare yourselves for that, get into Miguel's fantasy by watching the video below.


TAGS:  j cole, miguel, salaam remi"
Previous: Kali Uchis Takes Us Beyond The Veil In ‘Get Up’ Next: Ella Mai Gets ‘Boo’d Up’ With A Bearded Bae In New Video