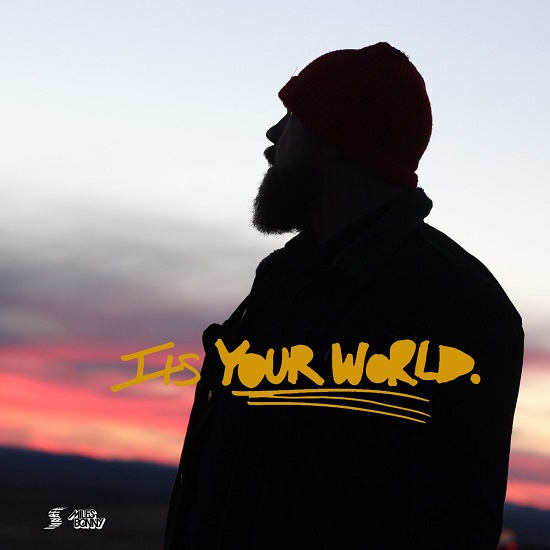 These days, when you hear the name Gil Scott-Heron, it's usually associated with hip-hop, jazz or poetry, and rightfully so. But it would be a mistake to overlook his more soulful side as well, because although he wasn't the greatest vocalist, his singing could be just as compelling as his recitations. This is why It's Your World – a double album masterpiece with frequent collaborator Brian Jackson – is considered by many to one of his best works. So when Miles Bonny was asked to learn the album's title song for a live performance at a Gil Scott-Heron tribute party in Germany a few years ago, he seized the opportunity.

Sadly, the party never happened, but the song had such an impact on Mr. Bonny that he decided to record it anyway (though he never released it). Thankfully, he recently changed his mind, explaining, "I want this to be out and make you feel good. It's been in my vault for a lil while. I love the vibes, hope you do too. peace."

Miles has nothing to worry about because we are definitely loving the vibes and feeling good as well. Mostly recorded in the off-grid Mud Cabin Studio at his New Mexico home, he deftly handles the jazzy piano, soulful vocals and life-giving horns. The vibrant instrumentals are rounded out with snappy percussion by Samuel Burke-Favero and rhythmic bass playing by Dominique Sanders. The track is a party for the ears, giving us N'Awlins feels and making us want to break out in a second line strut.

With next month marking the seventh anniversary of Scott-Heron's passing, we think this is a fitting tribute indeed. Listen to "It's Your World" below and purchase a copy via Bandcamp.