Mya Unleashes A Weapon Of Mass Seduction With ‘Damage’ 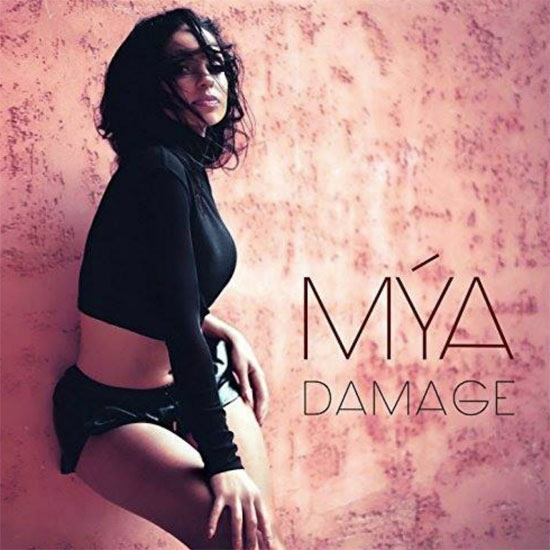 Mya apparently has love – and lovemaking – on the brain alot these days. The songstress is readying her upcoming album T.K.O., and she's laying down some sexy bedroom-ready grooves in advance of its release. With the scorching singles "Ready For Whatever," "Ready, Pt. II" and "You Got Me" already setting our after hours playlists on fire, the 38-year-old stunner follows them up with an equally titillating track entitled "Damage."

Mya serenades a lover who's both a quiet storm and a hurricane on "Damage." The slow jam begins with her describing him in sensual detail over a seductive bed of electric guitar, drums and keys that sound plucked straight outta the '90s R&B playbook. "You the body with the brain / The pleasure and the pain / A perfect combination," she sings on the first verse. As the song progresses, so do Mya's feelings. "You could make a girl fall deep in love / Just one dose of you is way too much," she coos on the bridge. He's got her stuck off the realness, but she's not a shook one – she fully realizes what she's getting herself into. She lets him know as much on the chorus, singing, "Boy, you're dangerous / Like a weapon in the wrong hands / You could do, you could do, you could do damage." Mya's hip to his game, yet and still she's ready to risk it all. As fine as he sounds, we can't say that we blame her.

"Damage" was co-written by Mya and Mavelle with production handled by Los Da Mystro with MyGuyMars. It's the fourth single from her eighth studio album T.K.O., which will exclusively feature all songs to set the mood or get you in one and be independently released on her Planet 9 label on Friday, April 20th. Mya superfans will recognize that date as the day before the 20th anniversary of the release of her self-titled debut album. Plan to raise a toast to Mya for her 20 years in the game and to celebrate her still doing what she does very well.