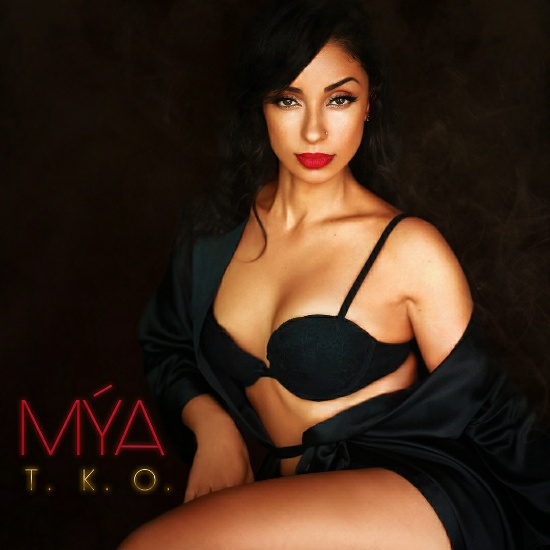 Mya is playing no games when it comes to promoting her upcoming album, T.K.O., which is, in fact, shaping up to be a knockout. She has been getting fans ready for the love bomb that she's about to drop since last September when she released the song "Ready For Whatever" as the project's sexy lead single and followed it up with a smoking hot music video. Since that time, the vivacious vegan has whet appetites with a succession of slow jams – "Ready, Pt. II," "You Got Me" and "Damage" – over the past few months. Each song has featured the songstress in her R&B element and in the bedroom, which is by design as T.K.O. will be a soundtrack to private times and the whole nine.

With T.K.O.'s release date drawing near, Mya has unveiled the cover art and tracklist for the 12-song collection and has interest in it at a fever pitch. For the cover, she's dressed in black lingerie with a black robe draping her body, and she directs a smoldering stare into the camera. The photo alone is enough for us to give Mya all of our money and a tip. She seals the deal with the reveal of the tracklist that shows a GoldLink feature on the song "Open." The in-demand rapper is clearly returning the favor for his DMV sistren after she guested on his last album, At What Cost, on the track "Roll Call." Other guest artists include AGuyNamedCliff on the "T.K.O. Interlude" and her frequent collaborator MyGuyMars, who also co-executive produced the album alongside Mya, on the track "With You." With song titles such as "Down," "Knock You Out" and "If Tomorrow Never Comes" combined with the sensual joints she's already released, Mya has us more than ready to hear these tracks and the project as a whole.

The good thing is that we don't have too much longer to wait for T.K.O. The album will be released on Mya's independent label on Friday, April 20th – the eve of the 20th anniversary of her debut album – and it is available for pre-order now via Amazon, iTunes and Google Play. 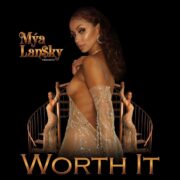 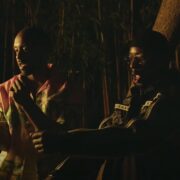