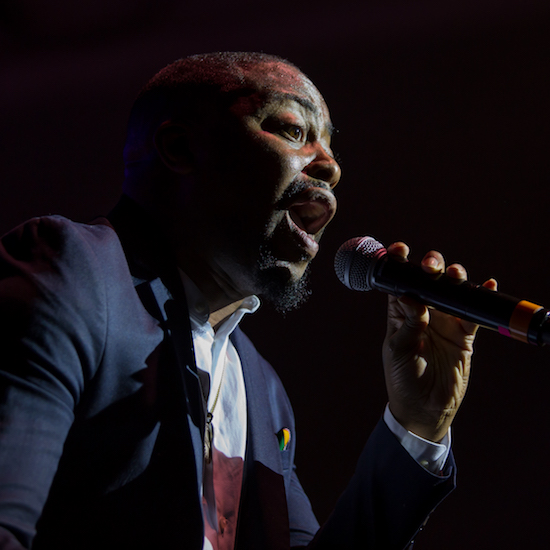 When he isn't busy penning our soundtrack for seduction, Raheem DeVaughn keeps us begging for more with his Beat Jack remixes. Recently he's been on a roll with them, churning out not one, but three in the past week alone, allowing us to feast our ears on reworked versions of SZA's "The Weekend," James Blake's "Retrograde" and, lastly, Sabrina Claudio's sultry duet with Khalid, "Don't Let Me Down."

He kicked things off last week with his rendition of SZA's hit single, adding his touch to the ode about the complexities of relationships. Though he takes the lead, DeVaughn still allows SZA's vocals to shine through, fitting their voices together on some parts or providing extra adlibs to others. It is a formula that works, especially with a voice as powerful and flexible as his. He continues to put those pipes on display when he takes the reigns on Blake's 2013 single, "Retrograde." The song's original gloominess remains untouched as DeVaughn's voice rides the highs and lows of the composition. Although he hits some powerful notes, he always pulls them back quickly, showing a restraint that only adds to the song's melancholy vibe.

Lastly, he wraps things up with his version of Claudio's latest single, "Don't Let Me Down," which just dropped last week. Here, DeVaughn takes over Khalid's verses, adding another layer to the song that Khalid's voice never quite reaches. Once again, DeVaughn's adlibs only enhance the original, with his "I won't let you down" refrain on the hook ramping up the fun on the dancehall-inspired tune, edging the song a little bit more into the dance category.

The refixes are just the appetizer for the Love King's next studio album, Decade of a Love King, which is due out sometime this summer. In the meantime, be sure to take Raheem DeVaughn's latest refixes for a spin as you ready yourself for what is sure to be a steamy summer once his album drops.