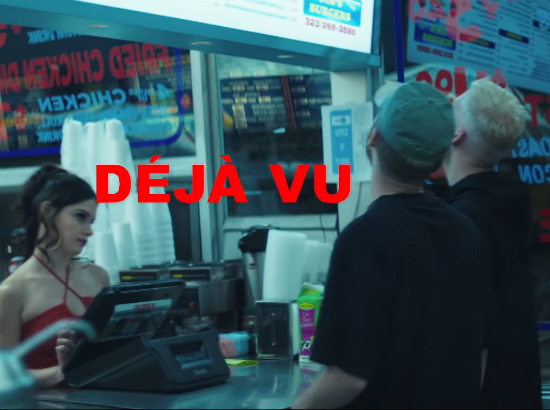 It's the moment we've all been waiting for — the last of the saga that is Snakehips' three-part visual series for their latest EP Stay Home Tapes. In Act 3 of the Can Evgin-directed series, we're feeling a little "Déjà Vu" with a percussion-heavy track featuring Knox Brown and Chaz French. Before you watch the new video, remind yourself of the weird happenings with Act 1's "Cruzin," where we first meet middle-aged Sue, who has a knack for nonchalantly hot wiring cars. In Act 2, "For the F^_^k of It," Sue picks up her homegirl who rides along to the Jeremih and Aminé-assisted  track. By the end of the video, where they reunite with a fella named Tyson, we realize things are getting mighty sketchy.

In Act 3, we get two new characters — Snakehips (Oliver Lee and James Carter) themselves — who want nothing more than some milkshakes. They're served by none other than Tyson's girl who was introduced to us in Act 1 during an argument. Once the fellas spice up their drinks with liquor, the trio start to see the ceilings and floors seemingly melt, which leaves us royally confused. They decide to leave and the end of the video brings all of the characters together, with Sue driving them all into the night. The track is laced with infectious percussion and helps guide us into the rest of the random evening we're still scratching our heads about.

The British duo's creativity knows no bounds, as we can tell from their videos — but even more with their music. Stay Home Tapes, which also features St. Rulez, Elbee Thrie and Jay Prince, was released on April 6th and you can get it from your favorite digital retailer now. Watch "Déjà Vu" right here and let us know if you managed to piece all three parts of Snakehips' video trilogy together to make it all make sense. 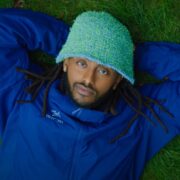 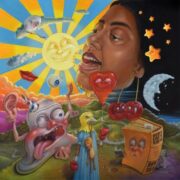