SoulBounce Exclusive: Aeriel Is Ready For Some Slow ‘Motion’ 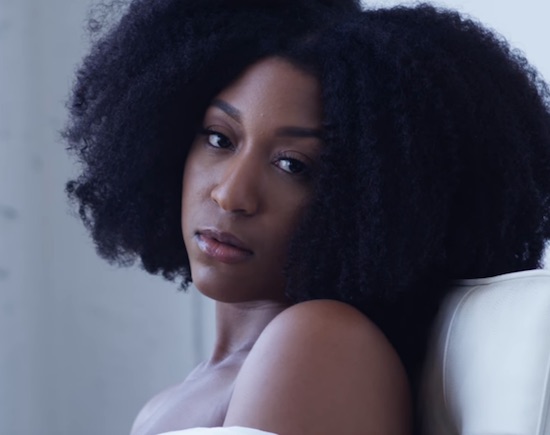 Lovemaking is best when you are both mentally and physically in tune with your object of affection. When you’re touched equally by the slow caress of a hand and the thought behind it. That’s what L.A.-based singer Aeriel is exploring in her latest single “Motion.” A play on emotions and motion, the track explores the notion that when a lover hits you on multiple levels it can feel so good and so frightening at the same damn time.

Written by Aeriel and produced by Corey Michael and Godflow, “Motion” finds our girl caught up and unable to help herself. The track doesn’t leave too much to the imagination but doesn’t get too graphic either. “I can tell exactly on your mind / Breathing pattern serving as time,” she begins, setting the mood over the subdued instrumental. The song comes from personal experience for the artist  “When I wrote the song, I had just started dating a new guy and had found myself in the space where I was really excited, yet simultaneously scared and unsure and wanted to explore that space as a lot of people go through that feeling," she shared with us via email.

Such a sexy song deserves an equally sexy visual. Directed by Lex J, the songstress invites us into her boudoir for a very private dance. The clip opens with Aeriel sitting up in bed, a lace curtain covering her body as soft light comes through the window of her loft apartment. We are treated to scenes of our girl gyrating in bed, doing a little tease on her couch and twerking her hips in silhouette against her bedroom window. The choreography, courtesy of Lia Dominique, hits the right notes of both sexy and artsy.