SoulBounce Exclusive: Cool Company Welcome You To Their World In ‘Be More Mad’ 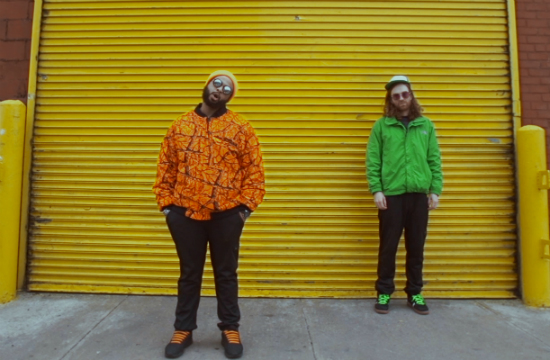 New Jersey natives Yannick Hughes aka Cool Yan and Matt Fishman aka Fat Matt make up the duo Cool Company, with the former holding it down on vocals while the latter handles all instruments and production. Together they blend elements of hip-hop, R&B, soul, funk and pop into their music and already have a couple projects under their belts. The albums Cool Company and Slice Of Paradise have put them on people's radars and amassed millions of Spotify streams, and they're looking to increase their profile with two EPs on the horizon, The Dose Pt. 1 scheduled to be released later this year with The Dose Pt. 2 arriving in 2019. It shouldn't be hard for the fellas to collect more fans with their infectious new single "Be More Mad" leading the way and its music video that we're bringing to you in an exclusive SoulBounce world premiere.

With an independent DIY spirit, Cool Yan and Fat Matt not only wrote and produced "Be More Mad" themselves, but they conceptualized the video that Matt directed and edited. The clip for the relationship-minded track opens with Yan rocking the mic while Matt accompanies him on piano with an exasperated-looking young woman seated next to him. From there the guys take things outside to get some fresh air as they clown around colorful locations in Brooklyn and Manhattan. We then see Yan and his lady chilling in a living room. She's craving some attention, but he ignores her to instead read a book – that actually has his phone inside open to a dating app. Yan and Matt both soon feel the wrath of their women who've had enough of their shenanigans. About the video's concept, Cool Company tells us, "It shows our characters in our own world, insulated from outside by extra thick skin, and how that mentality can unravel over time when people get fed up with your disregard."

If you're loving "Be More Mad" as much as we are, be sure to add it to your playlists on Spotify and SoundCloud. Keep cool company with Cool Company by following the guys on Facebook, Twitter, Instagram and their website.