SoulBounce Exclusive: Jackie Venson Smiles Through The Hurt In ‘Don’t Lie To Me’ 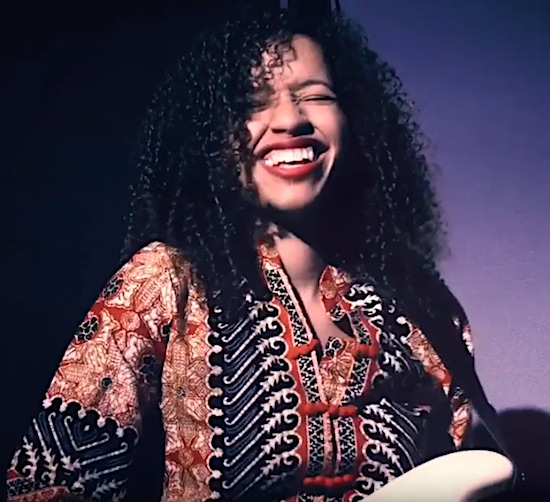 Singer/songwriter Jackie Venson continues to impress us with her blues-meets-pop sound. The Bounce-Worthy artist has been on our radar for a minute, and now the rest of the world is catching up. She’s been featured in VIBE, Earmilk and even on The Late Show with Stephen Colbert. Plus, she was hand-picked by NPR as one of the “Tiny Desk Entries We Love" and toured with Gary Clark Jr. in 2017. However, despite the fame and acclaim, our girl can still deliver a relatable, down-to-Earth song, such as her latest, “Don’t Lie to Me,” a track about bouncing back after betrayal.

Written by Venson, the artist uses a Caribbean-inspired groove with a schoshe of rock guitar to tell her tale of woe. But, Jackie ain’t one to sit in her feelings crying and caterwauling about what had happened. The song is as much about healing as it is disloyalty. “So hard to trust / I’ve got to let go / So I don’t have to wait so long for love,” she sings resolutely. While a low-key soundbed might seem odd for long about betrayal, it works perfectly for the song's message. “Reggae has a very laid-back, zen vibe and I wanted to tap into that of this song because it’s such a great juxtaposition with the lyrics,” Venson shared with us. “When people close to you betray you, it doesn’t have to be life shattering, you can absorb the situation, adapt and move on.”

For the music video, director Giovanni Lazarini's camera follows Jackie trying to get away from her worries with a bike ride through Austin. In between scenes of Jackie cruising the block, the singer strums away her pain on her guitar during a live performance. While simple, the clip perfectly fits with the concept of the track. Betrayal shouldn’t mean the end of the world, as much as having the strength, courage and wisdom to move on with grace, humility and, as seen in Jackie’s lively performance, a smile.

“Don’t Lie to Me” is the first new track from Jackie since she released her EP, Transcends last year. We aren’t sure what’s on Jackie’s schedule as far as new music, but we do know she will be doing a residency in New York City at Rockwood Music Hall. From there, she’ll continue touring Europe. For more information on her moves, figuratively and literally, check out her website. Right now, get into her bluesy, folksy, reggae song and SoulBounce's exclusive world premiere of its music video. We wouldn’t lie to you.