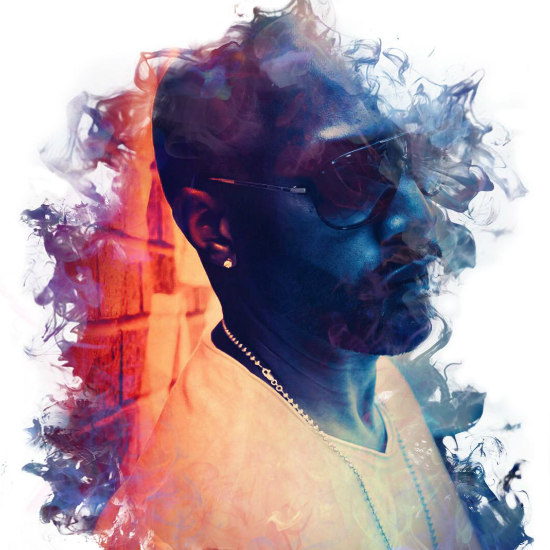 Rumors of R&B's demise have been greatly exaggerated over the years. Yes, the genre has seen its fair share of changes, with style, trends and youth increasingly celebrated over substance, tradition and maturity. Nonetheless, there are still artists in that latter category putting in work, such as South Carolina native and current Harlem resident RĀI (pronounced Ray). His mission is to create good R&B music regardless of radio play or mainstream popularity. RĀI's resolve is steadfast and he's determined to do things his way, and the world will soon hear the fruits of his labor on his upcoming debut album Love's On The Way. To give music lovers a preview of what to expect, RĀI is world premiering the album's title cut right here in a SoulBounce exclusive.

Written by RĀI and produced by Tone Jonez, "Love's on the Way" is a song about loving again after heartbreak. Over a soothing instrumental foundation of piano, organ, bass and drums, RĀI sings directly to the woman he's interested in but also speaks life into listeners' weary hearts. "Cause I see sunlight coming right after the clouds / Remember rainbows always show up after showers / I know right now skies are looking grey / But just you wait," he sings on the pre-chorus before assuring that brighter days filled with love are ahead on the chorus. According to RĀI, "Situations will happen to us – whether it's a relationship or just life in general. It's always important to remember that things will get better because love is always on the way."

With his vocal delivery on "Love's on the Way," RĀI gives us shades of both Kenny Lattimore and Eric Benét. In the vein of those artists, he eloquently sings from his heart to ours, and we feel the passion and conviction in his words, which was his intent. "The song is just a really feel-good record with a real positive message," he tells us about what he calls the "timeless, uplifting R&B song."

"Love's on the Way" is the second single from RĀI's album of the same name, which will be released on June 8th and is available for pre-order on iTunes now. This isn't all that RĀI has on the horizon. Look out for the music video for "Love's on the Way" to premiere right here in the coming weeks. Get better acquainted with him on his website; follow him on Facebook, Twitter and Instagram and get a feel for more of his artistry on SoundCloud and YouTube.


TAGS:  audio, eric benet, kenny lattimore, RĀI, Tone Jonez
Previous: The Internet’s Patrick Paige II Gives Us A Piece Of His ‘Mind’ & Spits His ‘Game’ Ahead Of Debut Album Next: There’s ‘Nowhere’ We’d Rather Be Than In The Groove With N’Dambi & All Cows Eat Grass