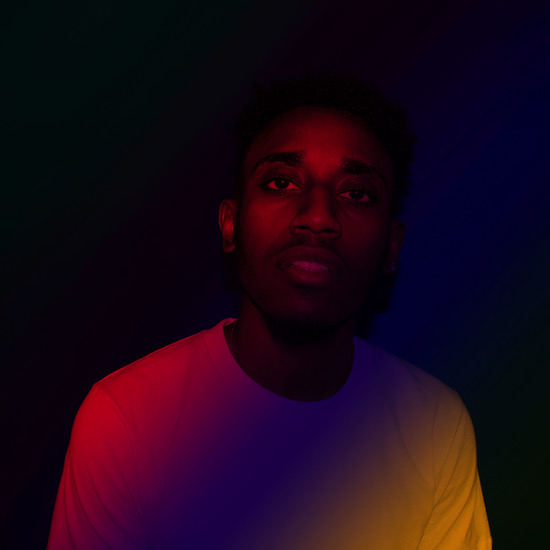 For most people around the world, today is simply April 20th. However, for stoners around the world, today is 4/20, the international holiday that celebrates all things marijuana-related. While those who do partake have their reasons for their devotion to bud, it'd be a safe bet that many turn to the sticky-icky as a means of coping with heartbreak. That's exactly what drives singer Sireginald to rely on his vices on his new song, "River," which is world premiering today right here in these SoulBounce streets.

On the ALONEATHOME-produced single, Sireginald is lamenting a love gone awry and trying to dull the pain with drinking and drugs. Falling for the wrong one can definitely take its toll and as we can see here, this Maryland-native is going through it. Whoever this lady is, she left a trail of destruction in her wake that's evident on the hook as Sireginald sings, "She told me get close and not to worry enjoy the moment / She opened my eyes / I was on the ride but she ran me over / Never once gave me closure / Now I hate being sober." His pain is palpable as he rattles of the laundry list of means he uses to cope.

He also pays homage to singer Usher with the hook, "She makes me want to pop a pill and s**t / Roll a spliff / Take a hit / Just to forget you," which he sings in the cadence of Raymond's classic hit, "You Make Me Wanna." Releasing the song on weed's unofficial holiday isn't by accident for Sireginald, who admits he is targeting this demo intentionally. "'River' is a song that every stoner needs on their playlist, but are too prideful or 'high' to admit it," he tells SoulBounce.

"River" is the second single to be released by the singer formerly known simply as Reggie and comes ahead of his second EP, Phases, which is set to drop sometime this year. After leaving the East Coast for L.A., things have been moving at a rapid pace for Sireginald, who counts Marvin Gaye, Brandy, Prince, Avant and Tank among his inspirations. He wrote and recorded his debut EP, Timing, in the one-bedroom AirBnb he shared with two close friends. His series of cover songs caught the attention of the likes of Marsha Ambrosius and Dru Hill, while also landing him a chance to be showcased by COLORS Worldwide.

Whether you celebrate 4/20 or not, take "River" for a spin and see if it doesn't make you contemplate the many ways heartache can affect us. Also, check out his past works via SoundCloud to take a toke of what this 24-year-old talent has to offer.