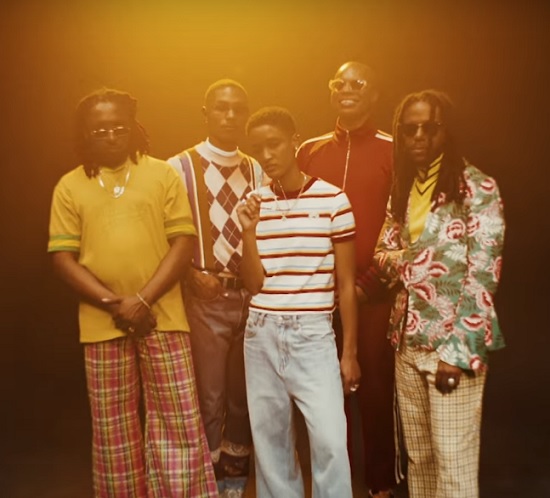 The Internet went on a brief hiatus last year as members Syd, Steve Lacy and Matt Martians spread their wings and released solo projects. With all that going on, you'd forgive fans for thinking that we wouldn't be hearing anything new from the group for a while. Well, we thought wrong as the group just dropped a brand-spankin' new single with "Roll (Burbank Funk)" and its accompanying music video.

As the title suggests, the group's new jam is all about that funk, with callbacks to the '70s and '80s lodged deep into the groove. As the drums lead the way, their signature synth sounds fill in the space as the group prepares us for the jam to come. What's most different about this one, though, is that it marks a rare lead vocal from Lacy, who spouts platitudes like "listen to your heart" and "it's all in your heart," over the beat as Syd provides airy harmonies to back him up. Though much isn't there in the way of lyrics, they more than make up for it with an undeniable groove that demands you to get down. The spirit of the song transfers over to the video, where we see the collective having a good time while jammin' on the one in bell bottoms, tracksuits and other '70s fashions. The funk is so undeniable that even friends such as Tyler, The Creator and Dev Hynes have to stop through and join in on the fun.

We can only assume that a new single and video means that the cool crew has something new cooking up — like maybe a follow-up to 2015's Ego Death perhaps? While we keep hope alive, check out both the stream and video for The Internet's latest below.