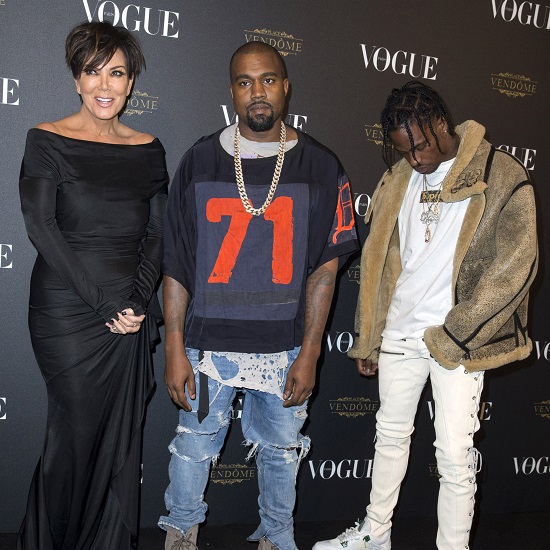 This week, the rumor mill got to buzzing that Kardashian clan momager Kris Jenner was set to bring son-in-law Kanye West and her daughter's baby daddy Travis Scott under her managerial wing. The news was met with respect by some, disdain by others and an unbothered shrug by most. However, before those that care get their knickers in a knot, Travis' baby mama Kylie Jenner deaded the rumors with a simple tweet saying that the news isn't true. #BackToNotGivingTwoF**ks