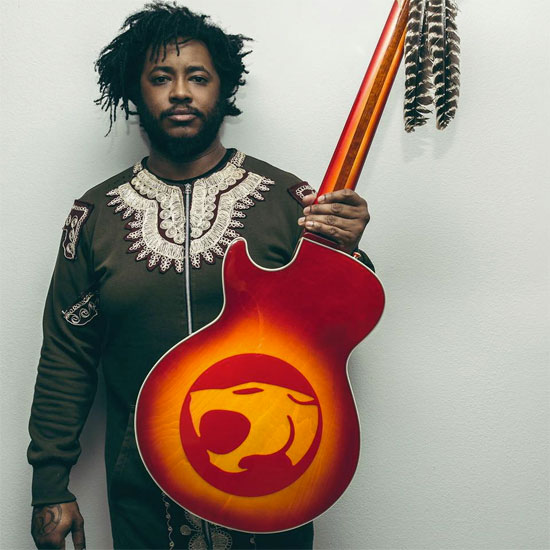 Bass Gawd Thundercat is back with another infectious groove that is sure to make you move. His latest single “Final Fight” was released as part of the Cartoon Network’s Adult Swim 2018 Singles Program which blesses fans with 52 weeks of free music. Our favorite funkster joins the likes of Run The Jewels and Jlin and offers a vibrant track detailing the desperate end to a seemingly volatile relationship. In his signature falsetto, he glides over the busy track singing, “I'm about to Snap, Crackle and Pop / I'll take a few deep breaths / Getting kind of mad, about to lose my s**t / Thinking I should jump, jumping out the window.” True to form, Thundercat punctuates the storyline, painting vivid pictures with shuffling synth work and sophisticated bass lines.

“Final Fight,” likely named after the old-school arcade game of the same title, is the first single from the self-professed video game lover since his 2017 album Drunk. Since then, the singer/songwriter/bass guitarist has kept himself very busy. In addition to touring in support of his critically-acclaimed third studio album, he released a remixed “Chopped Not Slopped” version of Drunk on vinyl and found time to score the “Barbershop” episode from the second season of the Emmy-winning FX series Atlanta in collaboration with Flying Lotus. Word on the street is that he has also contributed to legendary pianist/composer Herbie Hancock’s upcoming album, produced by Terrace Martin. This project is sure to be an instant classic, as it will also feature other artists of contemporary greatness such as Common, Kendrick Lamar and Kamasi Washington.

Get your fix and give Thundercat’s frenzied new single “Final Fight” a spin below.  While it's not clear if this latest release is hinting at a new album, we are certainly hopeful that it is. In the meantime, catch his upcoming performances at Tennessee’s 2018 Bonnaroo Music & Arts Festival and the inaugural Smokin Grooves Festival in Long Beach, CA.