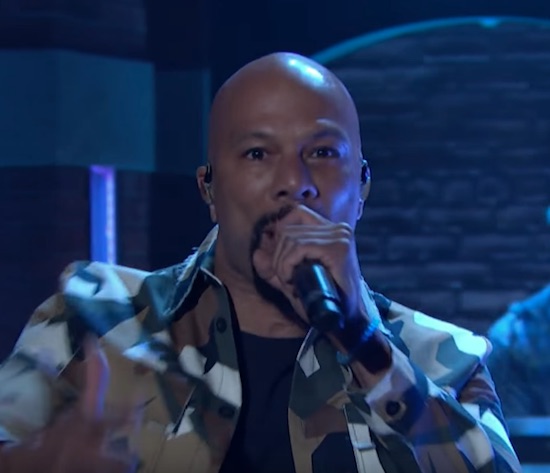 In March, rapper Common, pianist/producer Robert Glasper and drummer/producer Karriem Riggins released their a joint album under the name August Greene. The project has received plenty of burn, as the minds behind Common's "Letter to the Free" showed that the one hit song was more than just a fluke, but a testament to their artistry and chemistry. Now they're letting the world know with a round of amazing performances. The last time we caught the supergroup, they were stress testing the occupancy levels at NPR’s Tiny Desk, surprising us with a treasure trove of guest stars. While we don’t quite get the same experience from their appearance on Late Night with Seth Meyers, we did get to see them bring their black consciousness to the stage with a performance of their single “Black Kennedy” for a larger audience on their late night television debut.

For their performance the trio kept things relatively low-key. Under subdued blue stage lights, Common kicked things off with a bit of a freestyle before spitting his verses, while Glasper and Riggins played their position as musicians keeping the beat and the tempo. As expected, every note was sharp like a tack, every line was felt like a grandmother’s wisdom and the background harmonies, provided by Muhsinah and Samora Pinderhughes, were hauntingly on point.

In case you went to sleep early last night and missed out on this late night TV moment, watch these masters at work command the stage during their enthralling performance. August Greene's self-titled debut album is now available on all digital music and streaming services after initially being released as an Amazon Music exclusive. 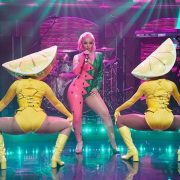