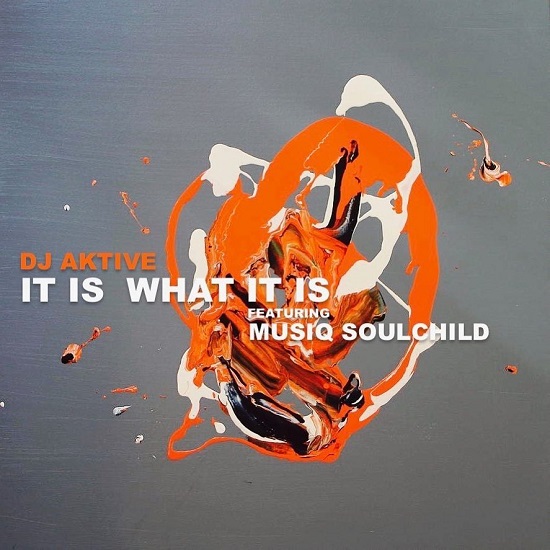 When he's not spinning for world-renowned icons, Philly's own DJ Aktive is using his musical powers and tight industry connections to craft his own music. The DJ — who has spun for the likes of Diddy, Queen Latifah and Janet Jackson — is readying his EP The Tour for release later this year and has managed to tap a who's who list of features. The set's debut single, "90's Love," featured his homegirl Marsha Ambrosius, and for his next single "It Is What It Is," he's tapped Philly homeboy Musiq Soulchild to provide his unique R&B stylings on the track.

"It Is What It Is" is a breakup track for the current era. Skipping through the usual anguish and dramatics that accompany such an act, Musiq approaches the situation with a bit of nonchalance and sincerity — a combination that somehow works. That's thanks in part to the song's producer Ivan Barias, who teams up with Aktive to provide a butter-smooth groove that mashes up the best parts of '90s hip-hop and '00s R&B to create a head nod-worthy beat right in Musiq's wheelhouse. The singer, who previously worked with Aktive on his third album's title track "Soulstar," rides the beat quite nicely as he describes a relationship in which he was "all in." Now, however, he's realizing that it isn't exactly what he hoped it would be. "I don't see me and you being the same again / Who knows, maybe we'll be better off as friends / Maybe down the line we might could try again / But for now I guess it is what it is," he sings on the chorus very matter of factly. Despite how savage that sentiment might seem, the blow is definitely softened by the fact that this song is a jam.

A release date for The Tour hasn't been announced just yet, but it is believed to be arriving sometime this year — and hopefully sooner rather than later. In the meantime, join us in bumping "It Is What It Is" below.