Forest Whitaker & Johnny Depp Look For The Notorious B.I.G.’s Killer In Trailer For ‘City Of Lies’ 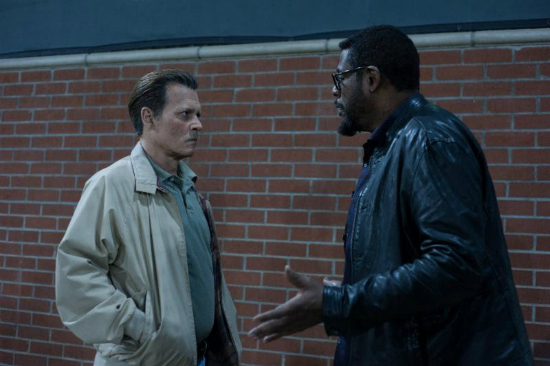 Yesterday would've been The Notorious B.I.G.'s 46th birthday. The Brooklyn rapper was gunned down 21 years ago, and since his murder still remains officially unsolved, TV and movie productions around the rapper's death keep on coming. Joining the long list is the new feature film City of Lies starring actors Forest Whitaker and Johnny Depp. The thriller gives us a never-before-seen look at Biggie's murder based on the novel by journalist Randall Sullivan, LAbyrinth: A Detective Investigates the Murders of Tupac Shakur and Notorious B.I.G, the Implication of Death Row Records' Suge Knight, and the Origins of the Los Angeles Police Scandal. Initially titled LAbyrinth, the movie went through a name change, which brings us to City of Lies.

Depp plays L.A.P.D. detective Russell Poole who spent years – two decades to be exact – trying to solve the case and Whitaker plays reporter "Jack" Jackson, hoping to save his career and reputation with his own investigation of why the case still remains open. "A murder like that only goes unsolved if the police don't want to solve it," says Depp's character in the first trailer, with Biggie's Life After Death track "You're Nobody (Til Somebody Kills You)" as the trailer's soundtrack.

In the Brad Furman-directed movie, Whitaker and Depp team up to uncover institutional corruption and, of course, all the lies as we watch them navigate through the blue wall of silence, gang violence, bureaucracy and more in the heart-racing trailer. The L.A.P.D. is under an interesting microscope in the movie, which I'm sure will leave us with even more questions than answers. City of Lies debuts in theaters everywhere September 7th. Watch the movie trailer right here, and let us know if you'll be heading to the theaters to see the latest about this cold case.