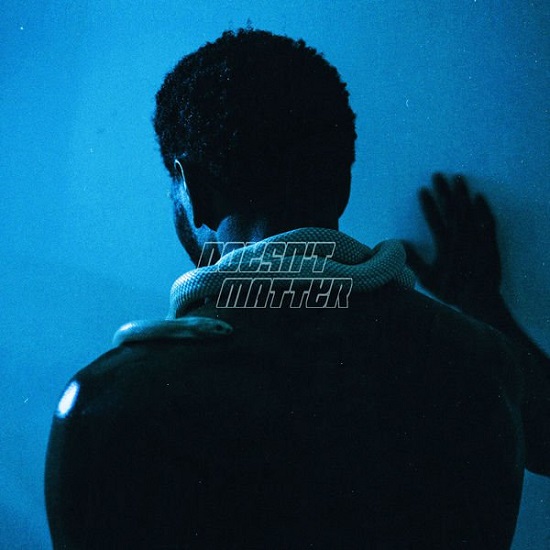 Gallant showed us a completely unexpected side (among other things) when he dropped his recent single and video "Gentleman." It looks that kind of vulnerability will be exactly what his upcoming sophomore album will be all about. He opens up once again — albeit in a less naked way — with his latest single release "Doesn't Matter," which finds the singer contemplating a relationship that might just be doomed to fail, though he doesn't seem to care about that fact at all.

"Doesn't Matter" begins with slick production based around a looped vocal sample. Synths, drums and other samples reverberate around the initial loop as Gallant sets the scene of a dysfunctional relationship. However, though it seems things are working against making this thing, well, work, he's not so ready to let it all go. "If this love's an accident waiting to happen / Let's go out with a bang," he sings just before the repetitive chorus. "I'm up to go under / To drown with each other / Yeah, we both feel the same." While such a premise might seem a bit off-putting to some, the unique kind of ride-or-die love he presents sometimes just has to be followed through, mistake or not. The crooner captures that sentiment perfectly with his flawless falsetto and poetic lyrics to match.

Gallant isn't very forthcoming with details about his next set. However, based on the sounds he's sharing, it might just be another joint worth hearing from the talented Maryland native. Take a listen to "Doesn't Matter" below and see if you agree with our assessment.


TAGS:  audio, Gallant
Previous: Bridget Kelly Ponders The Reality Of Her Situationship On ‘In The Grey’ Next: Jessie Reyez Thinks You Should Mind Your Business When It Comes To Someone’s ‘Body Count’