Jennifer Lopez, Cardi B & DJ Khaled Are All About Their ‘Dinero’ 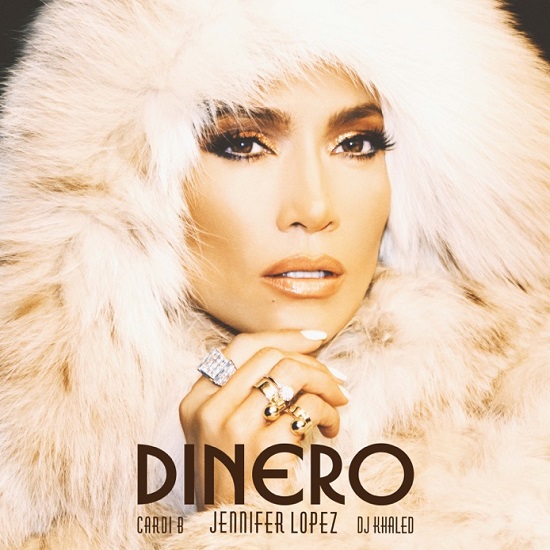 Jennifer Lopez is readying her second Spanish-language album, Por Primera Vez, for release later this year. Having already dropped a few singles in anticipation of the set's arrival, the album's most anticipated collaboration has finally arrived. That's right. J. Lo has teamed with fellow Bronx representer Cardi B and producer DJ Khaled for new track "Dinero."

Obviously, "Dinero" is all about getting that guap. Jennifer opts for a Spanglish approach as she makes her desire for cash known. "Me and Benjamin Franco / Stay at the banco / Gettin' checks like Nike / Everywhere that I go," she sings at the track's beginning before launching into exactly how and why she's countin' bands with her boo. Flipping between Spanish and English throughout, she's making sure that everyone understands that cash rules everything around her. Though those not familiar with the Spanish language might need to hit up Google translate for a few words and phrases, the message is quite universal. But just in case it isn't that clear for you, allow Cardi's feature to make it plain. The raptress crashes the track to tell us that she just wants her "chips, guac and queso" while reminding us that she's the "trap Selena."

There's nothing exceptionally remarkable here, but we're sure it'll be a summer soundtrack for all the paper chasers out there. Check out "Dinero" right here and check out the teaser for the song's video that J. Lo released way back in March below.


TAGS:  audio, cardi b, DJ Khaled, jennifer lopez
Previous: DMV Bouncers: Win Tickets To See Nicolay & The Hot At Nights In Concert! Next: Anderson .Paak Is Ready To Get Things ‘Bubblin’ Once Again