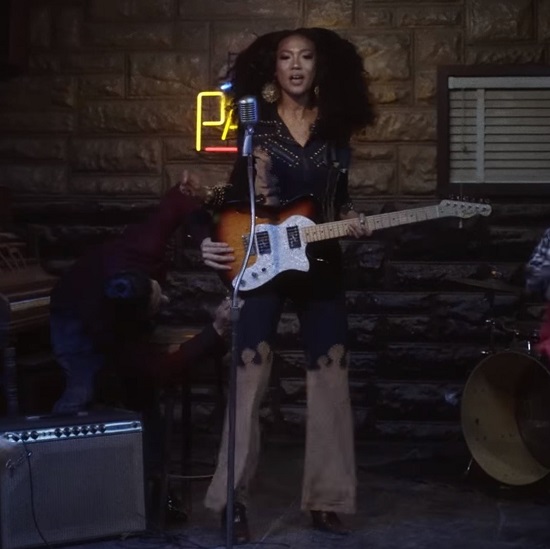 When Judith Hill released her Prince-assisted debut Back In Time in 2015, the trajectory of her blossoming music career sent her zooming past previous stints as background vocalist extraordinaire and one-time contestant on The Voice. The incredible singer/songwriter/musician was literally flying high when the unthinkable happened. Her beloved mentor and close friend lost consciousness on his way home to Paisley Park, and, well...we know how that story ends. It's s tragedy that still stings, even today.

Understandably, the effects of that personal setback extended to her career as well. In a 2016 New York Times interview, she revealed, “That was definitely the worst day of my life. I couldn’t believe anything that painful could happen.” She further explained, “I was with Prince the last two years of my life. Now he’s gone, and I realize I was leaning on him a lot. And that’s what’s scary. I’m on my own.“

Though she continued to accept live engagements, her studio output temporarily ceased. But now she's back and preparing to bless her fans with a double-whammy entitled Golden Child. According to Billboard, the sophomore project title will encompass a full-length studio album (due out on her own Gloryhill label) and a live musical production as well. Both are set for concurrent release later this year. While "later" could mean anything from next week to December 31st, we thankfully don't have to wait a moment longer for some new music from the talented artist. The album's lead single "The Pepper Club" has officially dropped and it is everything we've been waiting for and then some, thanks to its accompanying video.

"The Pepper Club" proves that the studio hiatus hasn't dulled Ms. Hill's shine one bit. A gloriously funky affair from start to finish, the track has enough guitar greatness and bass badassery to honor Prince's legacy and, more importantly, firmly regain her footing in the industry. Her vocals sound as strong as ever, soulfully strutting through a spicy arrangement of piquant percussion, hellfire horns and sizzling synths. The song's heat carries over into the spirited visuals directed by Jon Jon “JJ” Augustavo. Set in an "obsure speakeasy," Judith gets her life (and subsequently gives us ours) as she grooves with a diverse group of dancers and musicians, unbound by societal constraints. Choreographed by Misha Gabriel, the video is also a sneak peek of the theatrical production as it introduces us to some of the characters appearing in the Golden Child musical.

We are absolutely loving this fiery jam and can't wait to see what Judith drops next. While we wait for the Golden Child premiere, watch "The Pepper Club" below and spice up your summertime playlists by downloading a copy of the song. Be sure to visit Ms. Hill's website for social media links, tour schedules and album updates.