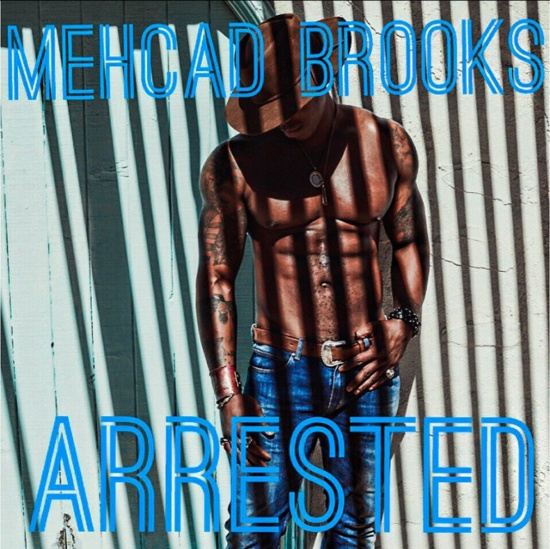 Last year, actor Mehcad Brooks branched off and embarked on a music career with the surprising single "Tears Away." Now the newly minted crooner is looking to return to your playlists with a new track entitled "Arrested" penned by none other than Wyclef Jean. This release is actually Mehcad's sixth single overall, which tells us that we clearly have some catching up to do on his catalog.  We also have to pay closer attention to Mr. Brooks who has been releasing tracks under his government name and the pseudonym KiNG GVPSV. Despite his two identities, Mehcad drops off the new reggae-infused track using his good name. Once you press play on "Arrested" you can expect a tropical party with a stance on love and protest rolled into one.

In a press release, Mehcad does a deep dive into the song. "'Arrested' is about this movement of love that's sweeping across the country and the powers and institutions that would try to stop that love from spreading. Being arrested is symbolic in any protest. We have to be willing to be who and what we are loudly enough that all our old institutions hear us loud and clear." He also expressed the fact that he's a huge Wyclef fan saying, "I grew up listening to Wyclef Jean, he’s inspired so much of my music. To have the opportunity to work with him is not only a dream come true, it's surreal. I feel like a teenager in a weed store." Well, that's one way to describe working with one of your idols.

While we're sure he's not trying to get arrested in real life, we appreciate the energy of the track and look forward to hearing more. Mehcad is gearing up to release his debut album May 20th under the name KiNG GVPSV in July. Whenever, however and under whatever name he releases new tunes, we're here for it. Give "Arrested" a spin below and let Brooks lock you up in love for days.